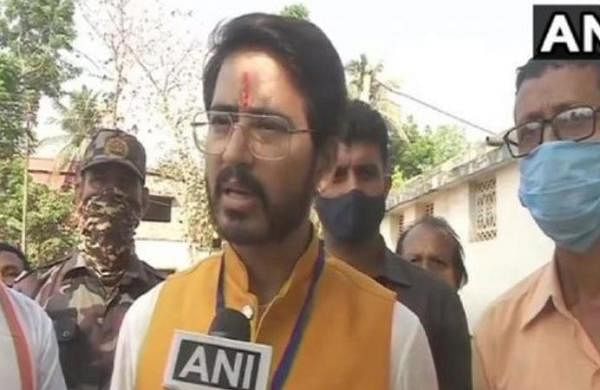 KOLKATA: Actor-turned-BJP MLA Hiran Chatterjee, who goes by the name Hiraan, on Sunday said he does not want to be featured in hoardings after his photo was found missing in billboards put up by the party in his Kharagpur Sadar constituency but images of other prominent saffron camp leaders were featured in it.

People, and not leaders who are seen in hoardings and posters, ensure a politician’s win in elections, Hiraan said.

This statement of his was supported by leaders of both the BJP and the ruling Trinamool Congress, who said he has spoken the truth.

“I am not the type who wants to be in hoardings and posters of the party. My work will speak for itself. I love to work for the common man, for people of my constituency,” Hiraan told reporters.

“People have the last word in democracy. They are our God. Those who are in hoardings and posters won’t ensure our win. The last word will be spoken by people,” said Hiraan who left the TMC and joined the BJP in February, ahead of the assembly election in the state.

When contacted by PTI, Ghosh said, “Hiraan said the right thing. The BJP does not believe in hoarding politics. It will be more befitting to work for one’s constituency.”

Claiming that he does not know who put up those hoardings in Kharagpur, the BJP national vice-president claimed that it is the Trinamool Congress which believes in hoarding politics.

TMC MLA from Pingla in Purba Medinipur district, Ajit Maity, said, “Hiraan has spoken the truth. Many thanks to him.”

A clash between two groups, reportedly between factions of the BJP, took place in the area a few days ago.