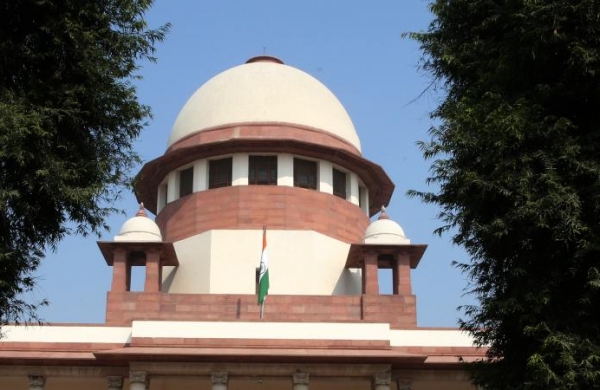 By PTI
NEW DELHI: The Supreme Court Friday sought to know from a petitioner-NGO whether the state legislatures have the right to express their opinion or not on central laws and asked it to do some more research on the subject.

The top court was hearing a PIL filed by an NGO challenging legislative competence of different State Assemblies in passing resolutions against central laws like Citizenship Amendments Act (CAA) and the three farm laws saying it falls under the Union List of the Seventh Schedule.

The NGO has made the Centre and the Speakers of the Legislative Assemblies of Punjab, Rajasthan, Kerala and West Bengal party in the petition, saying the apex court is already seized of multiple petitions challenging these laws passed by Parliament.

A bench of Chief Justice Bobde and Justices AS Bopanna and V Ramasubramanian adjourned the hearing on the PIL after four weeks while observing “we don’t want to create more problems than resolving the issue. We will see”.

During the hearing, senior advocate Soumya Chakraborty, appearing for NGO ‘Samata Andolan Samiti’, said that the state Assemblies are incompetent to pass such resolutions against the central legislations.

The bench asked the counsel to show the resolutions he was objecting to.

Chakraborty referred to the Kerala Assembly resolution passed against the CAA and said that it was invalid.

Referring to CAA law and the Kerala Assembly resolution, Chakraborty said that the state legislature said that central law was against the basic structure of the Constitution as it did not grant citizenship to Muslims and gave it only to Hindus, Jains, Christians and Sikhs.

The bench observed, “This is the opinion of majority of Kerala Assembly and this may not have the force of law. This is just an opinion. They have simply requested the Centre and sought repeal of the law. Do they have no right to express their opinion? They have not asked the people to disobey the Central law”.

It asked the petitioner, “How can you say that Assembly does not have the right to express their opinion”.

Chakraborty said that the top court is seized of over 60 writ petitions against the CAA and it was the duty of the assembly Speaker not to allow discussions on such resolutions pending adjudication of the issue.

“There were 60 writ petitions pending as on the date when such a resolution was passed by the Kerala Assembly. Law states resolution cannot be on issue which us pending adjudication. It was pending before your lordships,” he said.

Chakraborty referred to rule 119 of the Kerala Assembly rules which he said does not permit such resolutions to be presented for the discussion in the house, which are pending adjudication by the court of law.

The bench said that there must be some precedent on the issue and asked the counsel to check up and do some research saying, “We don’t want to create more problems than resolving the issue. We will see”.

It has sought direction to declare that state legislative assemblies/councils have no jurisdiction to discuss and/or debate and make any resolution against any statute concerning any matter enumerated in List I of the Seventh Schedule of the Constitution which has been passed by both the Houses of the Parliament and having received the presidential assent.

“Consequently, in as much as the Legislative Assemblies/Councils of States of Punjab, Rajasthan, Kerala and West Bengal have adopted resolutions against and adversely criticizing the due enactment of the Citizenship (Amendment) Act, 2019 followed up by another resolution passed by the West Bengal, legislative assembly against three recently passed central statutes (farm laws)”, the plea said.

It sought direction to the speakers of these assemblies for “transmitting the records of and/or relating to purported adoption of the said resolutions so that conscionable justice may be done by quashing the same”.

The plea referred to different rules of procedure and conduct of business adopted by the legislative assemblies which said that such resolution shall not be admissible which relate to any matter pending adjudication by a Court of law.

While referring to the resolutions passed by these legislative assemblies against CAA and farm laws, the plea said, “The acts, conducts, omissions and commissions on the part of the said State Legislatures being far from prudent and responsible were intended to incite unrest and disaffection among the citizens of the said states and beyond”.

It sought a direction “prohibiting all the state legislatures of India to discuss/debate/ adopt adverse resolutions never in regard to the subject matter of central legislations falling under the Union List in the Seventh Schedule of the Constitution in any manner whatsoever”.