Don’t be complacent, need to be cautious till COVID-19 vaccine is out, says PM 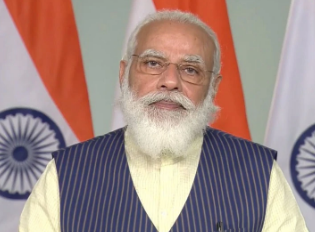 Narendra Modi to address nation LATEST Updatess:Addressing the nation over Covid-19 crisis, Prime Minister Narendra Modi Tuesday said that the lockdown may have been lifted in the country but warned saying that the “virus is still out there”Voicing the same concerns as the PM with the festive season approaching, Vice President Venkaiah Naidu said, “As rightly advised by the Prime Minister in his address to the nation today, I appeal to every Indian to not lower the guard in the fight against #COVID19 during the upcoming festive season.” Reacting to Narendra Modi’s speech, Defence Minister Rajnath Singh on Tuesday said the Prime Minister has made it clear that we cannot afford laxity till a vaccine for coronavirus is found. “The PM’s message was like that of a head of the family. He appeared in the role of the protector of nation and society today,” tweeted Singh.