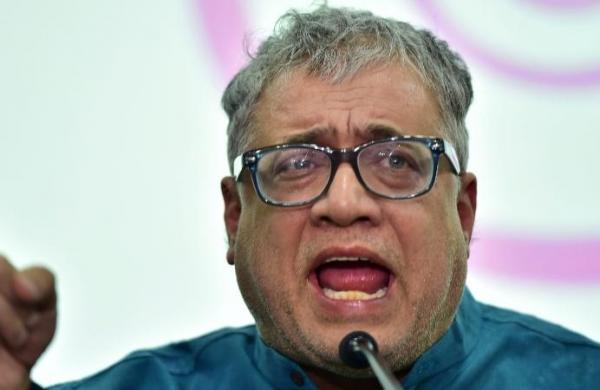 By PTI
KOLKATA: The TMC on Sunday continued its tirade against Solicitor General Tushar Mehta over his reported meeting with BJP leader Suvendu Adhikari, as the ruling party’s Rajya Sabha leader Derek O’Brien said the senior advocate should not act as the saffron camps lackey.

O’Brien, in a tweet, said Mehta should not represent or advise an accused in any case.

Adhikari, once a TMC heavyweight, is an accused in Narada tapes case and Saradha chit fund scam.

“Impropriety. Act in a fair manner. Not as a BJP lackey,” O’Brien said.

Mehta, however, denied meeting Adhikari, and said the BJP leader had visited his residence unannounced.

The Upper House leader, in a dig at the solicitor general, further stated, “You gave a post-facto explanation after story broke….”

Pointing out that there was a “conflict of interest” he added, “Even a Public Prosecutor (leave alone high office of SG!) cannot represent or advise the accused.”

O’Brien’s TMC colleague in Rajya Sabha, Sukhendu Sekhar Roy, said he and Lok Sabha MP Mahua Moitra would meet President Ram Nath Kovind on Monday to press for the ouster of Mehta as the solicitor general.

Roy had on Saturday said a letter demanding his removal has also been sent to Prime Minister Narendra Modi.

The senior TMC leader, during a press meet, also slammed the BJP-led government at the Centre over the soaring fuel prices, and said the saffron party owes an explanation to the people of this country.

“The price of LPG is set to touch the Rs 1,000-mark, but this BJP government appears to be unmoved by the plight of common people,” Roy added.

He also demanded a “transparent probe” into the Rafale aircraft deal.

“Why did the price of Rafale fighter aircraft go up thrice the initial bid? Why did the defence ministry still strike a deal? We want an answer,” the TMC MP added.