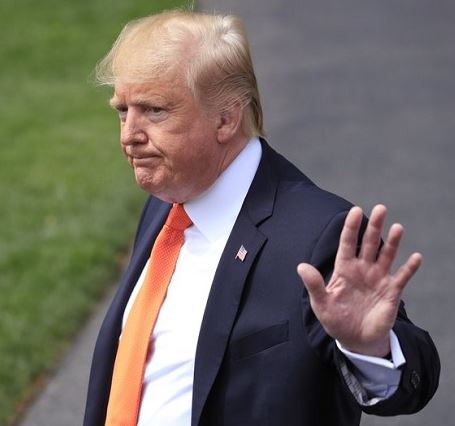 US President Donald Trump on Sunday (local time) signed the USD 2.3 trillion coronavirus relief package, days after he expressed displeasure with the spending outlined in the bill.

According to The Hill, Trump signed off the package from his golf club in the West Palm Beach.“I will sign the Omnibus and Covid package with a strong message that makes clear to Congress that wasteful items need to be removed,” Trump said in a statement upon signing the legislation.

“I will send back to Congress a redlined version, item by item, accompanied by the formal rescission request to Congress insisting that those funds be removed from the bill,” he added.

The President had in past expressed dismay with the USD 2.3 trillion package that Congress passed Monday, which includes USD 900 billion in coronavirus relief and USD 1.4 trillion to fund the government until October, conflating the two bills and saying the spending goals were misguided.

The signing comes after unemployment benefits expired for millions of Americans on Saturday as the bill went unsigned. Trump has visited his golf club in Florida each day since arriving in the state on Wednesday and has made no public appearances.

In the statement, Trump lauded himself for this work with Congress in the passing of CARES Act earlier this year, saying his action helped in preventing the great depression.