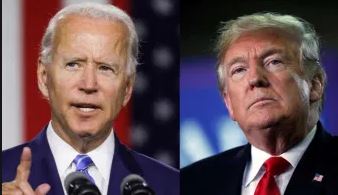 US President Donald Trump said on Thursday that he would leave the White House if the Electoral College declares President-elect Joe Biden as the winner of the election. However, he continued his attack on the Democrats and pushed the voter fraud claim again in his latest press briefing. In his address, while maintaining his stance on the situation he said a lot could happen before January 20.

The outgoing US President interacted with media for the first time since losing to his Democratic opponent Biden in the recently concluded elections. He, however, said it would be a mistake if the electoral college elected Biden as the President, adding that it would be a “very hard thing” to concede. Yet again, Trump claimed that the presidential elections were rigged, as the results showed Biden winning majority of the seats in certain key areas that “mattered in terms of elections” (referring to swing states). On the contrary, Trump said, Biden has lost many seats in other states, even compared to former President Barack Obama.

When asked whether he would attend Biden’s inauguration in January 2020, Trump said that he preferred not to answer the question. He further lashed out at the US media for not being “fair” to him and claimed to have won the election by a large amount. “I would have won by a tremendous amount and I did win by a tremendous amount. It hasn’t been reported yet but people have been understanding what’s happening and they know what happened, he added.