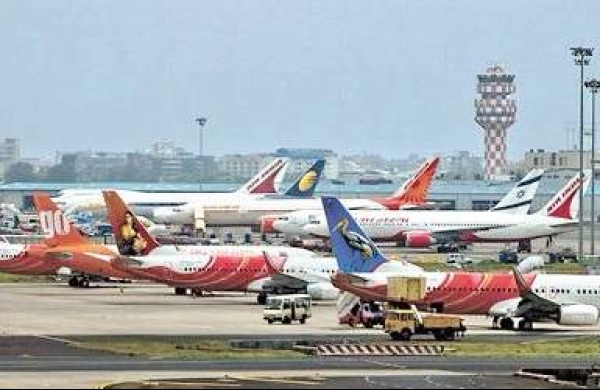 By PTI
MUMBAI: Domestic air travel demand contracted by 41 per cent year-on-year to around 76 lakh passengers in January with sequential growth also slowing down to 3.5 per cent during the month over December 2020, a report said on Monday.

Indian carriers had flown a total of 1.27 crore passengers on domestic routes in January 2020.

However, the pace of growth slowed down in the reporting month, with a sequential growth (over December 2020) of around 3.5 per cent to around 76 lakh passengers, rating agency Icra said in a release.

On a y-o-y basis, however, domestic passenger traffic declined by around 41 per cent in January over the same month of 2020, it added.

The capacity deployment in the previous month at around 71 per cent is a significant increase over the 59 per cent capacity deployed in November last year and around 67 per cent in December, Icra said.

The number of flights departing has also gradually increased from 416 on May 25, 2020, when commercial air passenger services resumed, to 2,294 till January 18, 2021, said Kinjal Shah, Vice President at Icra.

Thus, it is expected that the domestic aviation industry operated at a passenger load factor (PLF) of around 72 per cent in the previous month against 86 per cent in January 2020, that too on a low capacity,” she added.

Besides, the PLF for January was lower than around 74 per cent in December 2020, due to the increase in capacity deployment by around 7 per cent, Shah said.