Doctor who honey-trapped medical student, conspired kidnapping in UP held 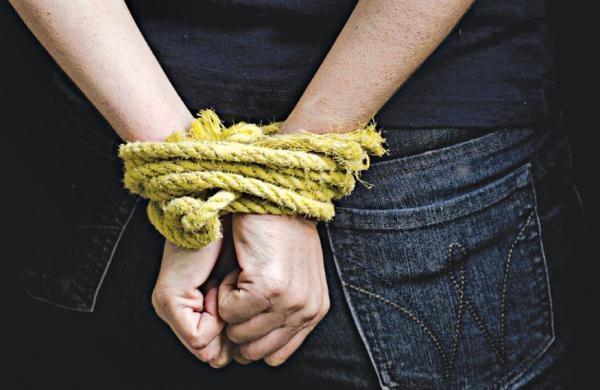 By PTI
GONDA (UP): A woman doctor who allegedly honey-trapped a medical student and conspired in his kidnapping along with another doctor and others for Rs 70 lakh ransom has been arrested, police said on Monday.

During interrogation, Dr Mehra told police that to earn quick money she trapped and befriended medical student Gaurav Haldhar and with the help of Dr Abhishek Singh and others kidnapped him, he said.

Haldhar, 21, was kidnapped from Gonda district of Uttar Pradesh on January 18 for Rs 70 lakh ransom.

He was rescued by police on January 22.

Five people were arrested in the case earlier.

Haldhar, a resident of Kashipur in the Payagpur area of Bahraich district, is pursuing Bachelor of Ayurveda, Medicine, and Surgery (BAMS) from the SCPM College of Nursing and Medical Sciences, Haripur in Gonda.

He was residing in a hostel.

Those arrested earlier in the case included mastermind Dr Abhishek Singh, who has a BAMS degree from an institute in Bengaluru, Nitesh Bihari, Mohit Singh, Rohit and Satish.

During questioning, Dr Abhishek Singh had told police that he worked at a hospital in Delhi’s Najafgarh and Dr Preeti Mehra, who honey-trapped Haldhar, also worked there.

Haldhar was kept at Dr Abhishek’s flat in Delhi after being kidnapped and was injected with sedatives while in captivity, according to police.