Djokovic and Nadal out, Thiem and Medvedev will compete in the title 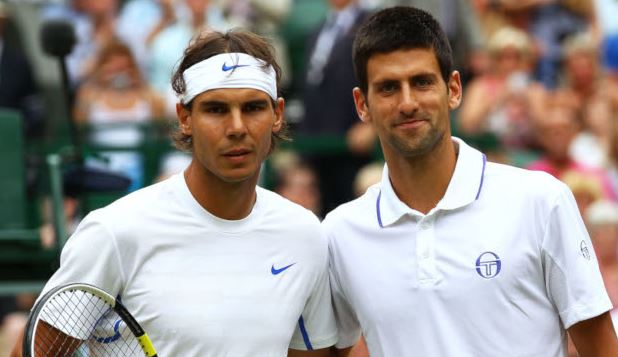 World’s number one player Novak Djokovic of Serbia and number two Rafael Nadal of Spain were knocked out in the semi-finals on Saturday and the final tennis tournament of the year, ATP World Tour Finals, will be played between Dominic Thiem of Austria and Danil Medvedev of Russia .

Djokovic defeated former champion Alexander Zverev of Germany 6-3, 7-6 (4) for the ninth time to make the semi-finals of the tournament but Thiem broke Djokovic’s challenge in the final four in two hours 54 minutes. In this way, Thiam has become the first player in the last four years to reach the championship title in a row. This is Thiem’s ​​300th ATP Tour victory and his fifth win against Djokovic.

Djokovic was playing in this tournament for the 13th time and reached the semi-finals for the ninth time. Top seed Djokovic was two victories away from Roger Federer of Switzerland in the tournament, equaling the record sixth title but he remained away from the title in the end. Djokovic, the world number one, suffered a loss to Thiem in a group match last year and this time he lost to Thiem in the semi-finals. Djokovic thus ended the year with a record of 41–5.