Diwali in the dark in this village of Chhattisgarh, bad transformer has not changed since four months 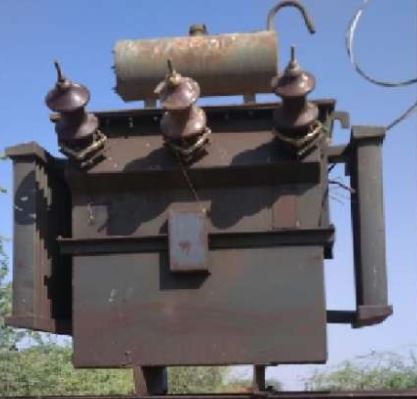 People of a village in Korba, Chhattisgarh have not been getting electricity for the last four months. It is not that they do not have electricity connection. It is being told that despite the power connection, the transformer has not been replaced yet due to rain and lightning.

There has been a power failure in the locality between the village panchayat Labed in Korba for the last four months. The transformer here is bad, which the department has not replaced yet. This time the Diwali of the villagers here will also be in darkness.

In this locality of Panchayat under Korba development block, people are forced to be deprived of electricity. The negligence of the field staff of the electricity department has often come to the fore, but the responsible system can be gauged when only the responsible officers do not take interest in solving the problem.

In this locality of the village, bad transformers have not been repaired or replaced for four months. The reason is not known to any villager, but due to this, the Diwali of these villagers who have been living in darkness for almost four months, will also be considered in the dark. Villagers told that transformer is bad in the village since August, which was not replaced. There has been a dark shadow in the locality for four months, due to which the villagers are very angry.

It is being told that the power distribution department has informed Kartala about the transformer failure, but due to departmental apathy no action was taken in this direction and the work of replacing the transformer has not been done yet. So far, his hands have not felt anything other than assurance.