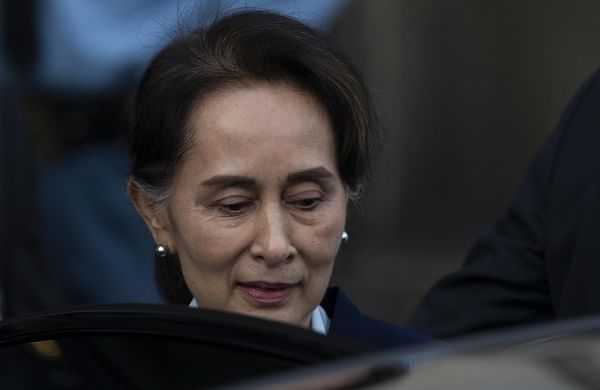 NEW DELHI: India on Tuesday said it is “disturbed” by the recent verdicts relating to Myanmar’s ousted leader Aung San Suu Kyi and others, saying the rule of law and the democratic process must be upheld.

Suu Kyi had been sentenced to a four-year jail term by a court in Myanmar after holding her guilty of inciting dissent in the first of a series of verdicts.

Her sentence was later reduced from four years to two years.

“We are disturbed at the recent verdicts. As a neighbouring democracy, India has been consistently supportive of the democratic transition in Myanmar,” Spokesperson in the Ministry of External Affairs (MEA) Arindam Bagchi said.

“We believe that the rule of law and the democratic process must be upheld. Any development that undermines these processes and accentuates differences is a matter of deep concern,” he said.

Bagchi was responding to a media query about the proceedings against Aung Sang Suu Kyi and others in Myanmar.

“It is our sincere hope that keeping their nation’s future in mind, efforts would be made by all sides to advance the path of dialogue,” he said.

Myanmar was rocked by massive protests after the military seized power in a coup on February 1.

Hundreds of people, including children, were killed in the crackdown against the protesters by Myanmarese authorities.

Leader of the National League for Democracy (NLD) Suu Kyi was among the key people detained by the military following the coup.