Marvel, Super Bowl, The Falcon and The Winter Soldier, Trailer 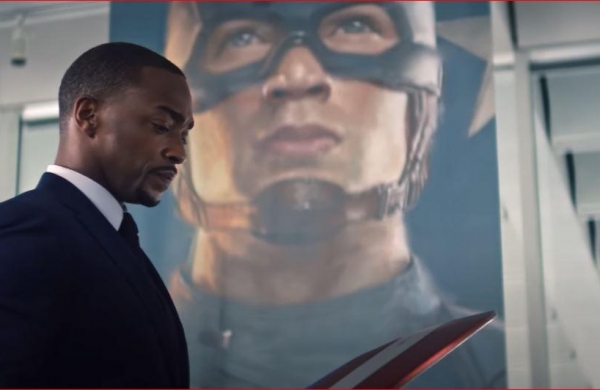 By ANI
WASHINGTON: With less than six weeks left to premiere, Disney just revealed a brand-new trailer for its upcoming Marvel Cinematic Universe limited series ‘The Falcon and The Winter Soldier’ during the Super Bowl 2021 on Sunday.

According to Deadline, a new trailer for ‘The Falcon and the Winter Soldier’ made its way into the slim line-up of trailers at this year’s Super Bowl. The series which debuts exclusively on Disney Plus on March 19, 2021, will show how the journey unfolds upon Falcon receiving the vibranium-ified Captain America shield from superhero retiree Steve Rogers in ‘Avengers: Endgame’.

The trailer shows both titular characters working through their dysfunctional relationship and participating in some high-wattage action. It gives audiences an action-filled look at ‘The Falcon and the Winter Soldier’, sets up the villain, Helmut Zemo’s objective, and also gives a look at the series’ secondary villain, who’s a member of the anarchist anti-patriotic outfit Flag-Smashers.

As per Deadline, the new series has Anthony Mackie and Sebastian Stan reprising their roles at the titular Marvel heroes. They will also be joined by some familiar faces including Daniel Bruhl as Baron Zemo and Emily VanCamp as Sharon Carter.

With no MCU feature film releases and several other delayed projects, the next few months will bring the remainder of ‘WandaVision’, ‘Black Widow’, and, in March, ‘The Falcon and The Winter Soldier’. Confirmed by The Hollywood Reporter, next up will be Tom Hiddleston’s ‘Loki’ in May and later in 2021 will come out ‘Ms. Marvel’, ‘Hawkeye’ and the animated ‘What If?’ series, which will weave in and out of the movies, with characters such as Ms. Marvel set to appear on the big screen as well.