Discussion on the upcoming strategy in the BJP District Working Committee meeting, outline of the decision to surround the state government 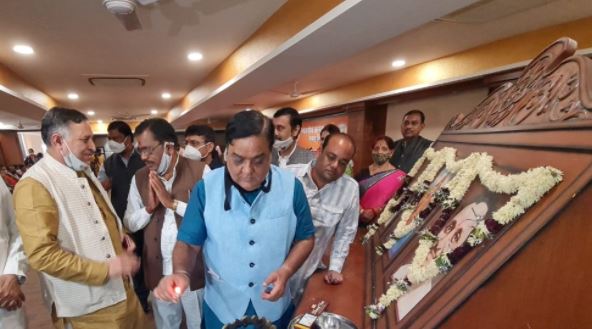 A meeting of Raipur District Working Committee was held today in the BJP Office Integral Complex. In this, all the officials of the district including District President Srichand Sundrani were present. Regarding the meeting, Srichand Sundrani said that this first meeting has been held regarding the upcoming strategy. Outline will be set in this.

The government is promising with the farmers. Constantly accusing the Center, but the government did not fulfill its promises by speaking untrue. All these issues will be raised. Recently, we had a big demonstration about deteriorating law and order. There have been agitations regarding farmers. All our workers have come on the road.

On Baghel’s statement, Sundrani said that Raman Singh is not misunderstanding, but CM Bhupesh Baghel is misunderstanding. The number of allegations they make at the Center is baseless. The fact is that they are not able to buy the paddy of the farmers. Accusing Dr. Raman Singh of hiding his failure.