Discovery Plus releases documentary ‘Storming the Capitol: The Inside Story’

Discovery Plus, Storming the Capitol, US Capitol protest 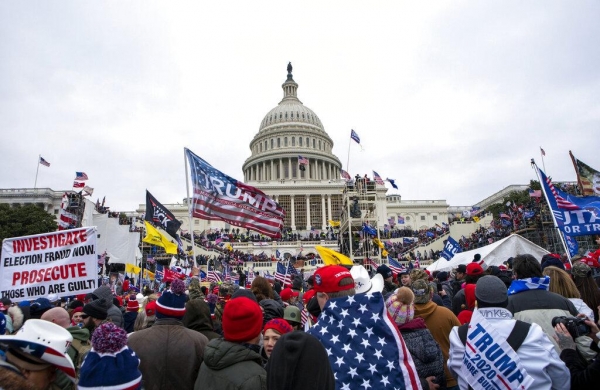 By PTI
MUMBAI: A documentary on the violent protest in Washington, in which thousands of supporters of outgoing US President Trump stormed the Capitol Hill building, has started streaming on streamer Discovery Plus from Thursday.

Titled “Storming the Capitol: The Inside Story”, the documentary aims to piece together the incident of January 6, 2021, when scores of Trump supporters clashed with police, interrupting a constitutional process by Congress to affirm the victory of the then President-elect Biden and Vice President-elect Kamala Harris in the election.

It captures the “disastrous consequence of a divisive and false narrative being fed to an increasingly radicalised set of people”, Discovery Plus said in a statement.

ITV’s Robert Moore, producer Sophie Alexander and cameraman Mark Davey were the only news team inside the building when the protests turned violent.

In the documentary, Moore narrates the unprecedented events of that day with unseen footage from his time inside the Capitol.

Five people, including a Capitol Police officer, died in the protests.

The documentary is currently streaming on Discovery Plus.