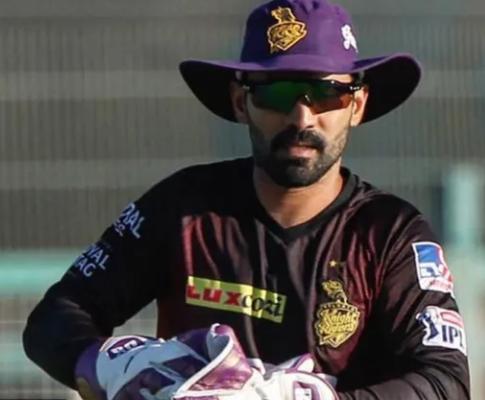 The ongoing Dream11 IPL is coming to its business end. However, teams continue to have a strong chance to qualify for the knockout stages. Looking at the current Dream11 IPL points table, Mumbai, Delhi and Bangalore are almost certain to qualify but the battle for fourth place is heating up between Punjab, Kolkata, Hyderabad and Rajasthan.

While Kolkata will be looking to keep their chances alive despite losing to Punjab on Monday, former skipper Dinesh Karthik added a small feather to his career after achieving a milestone during Kolkata vs Punjab match on Monday. Karthik’s feat saw him join the likes of Rohit Sharma, MS Dhoni, and Suresh Raina in an elite club. Dinesh Karthik is not having the best of the time in the ongoing Dream11 IPL as he has not been able to score big runs for the side. In the 12 matches so far, the wicketkeeper-batsman has only scored 148 runs. In the previous match versus Punjab, Karthik was dismissed by Mohammad Shami for a duck.