Digital publishers say Javadekar meet constructive, others not that happy 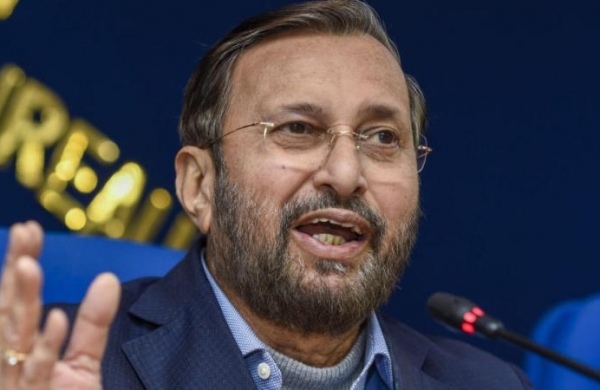 “DNPA made suggestions that preserve freedom of the press and emphasised that all its members are bound by, and follow, the regulations of Press Council of India and/or NBSA,” DNPA tweeted.

It added that the meeting was constructive.

Jency Jacob, managing editor at BOOM wrote, “Large print publishers and TV channels who also have websites have formed DNPA. None of the standalone websites who have formed @DigipubIndia were at this meeting.”

Javadekar told DNPA about the Code of Ethics, like norms of journalistic conduct framed by Press Council of India and the Programme Code under the Cable Television Network Act.

The minister said he held an interaction through video-conference with the representatives of the DNPA, including from India Today, Dainik Bhaskar, Hindustan Times, Indian Express, Times of India, ABP, Eenadu, Dainik Jagran and Lokmat, in the backdrop of the IT (Intermediary Guidelines and Digital Media Ethics Code) Rules, 2021.

“In a follow-up to meeting with OTT platforms, held an interaction with Digital News Publishers Association today. Discussed the new rules for digital media. They welcomed the new rules and offered few suggestions which I have noted,” he said in a tweet.

“These include adherence to a code of ethics such as the norms of journalistic conduct framed by the Press Council of India and the Programme Code under the Cable Television Network Act.”

“Further, to redress grievances of citizens, the rules have provided for a three-tier grievance redressal mechanism, of which the first and second tier would be of the digital news publishers and self-regulatory bodies constituted by them,” he was quoted as saying in a statement issued by the information and broadcasting ministry.

According to the new rules, digital news publishers would also be required to furnish some basic information to the ministry in a simple form, which is being finalised, and periodically, they would be required to place the details of the grievance redressal measures undertaken by them in the public domain.

Javadekar said the print media as well as television channels have a digital presence, where the content is almost the same as that on the traditional platforms.

The participants, while welcoming the new rules, stated that the audio-visual and the print media have been following the laid down norms of the Cable Television Network Act and the Press Council Act for a very long time, the statement said.

They said for publishing the digital content, the publishers follow the existing norms of the traditional platforms and felt that it should be treated differently than those news publishers who are only on a digital platform.

Javadekar thanked the participants for expressing their views and stated that the government will take note of the same and continue with this consultative process for the overall growth of the media industry, the statement said.

Closure of schools forcing boys to work in fields, underage girls being married off: NCP MLC to Maharashtra CM