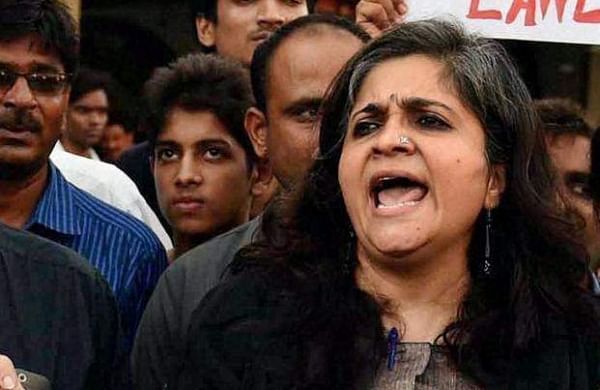 AHMEDABAD:  The Gujarat Police have formed a special investigation team (SIT) to probe the case against activist Teesta Setalvad and former IPS officers RB Sreekumar and Sanjiv Bhatt who have been accused of “abusing the process of law by fabricating evidence to frame innocent people” in connection with the 2002 communal riots.

The SIT will be headed by DIG (ATS) Deepan Bhadran and will include DCP (Crime) Chaitanya Mandlik, ATS SP Sunil Joshi and ASP B C Solanki. After Teesta Setalvad was detained in Mumbai on Friday evening, the Gujarat Anti-Terrorist Squad (ATS) handed her over to the Ahmedabad Crime Branch on Sunday.

After bringing the activist to Ahmedabad, the sleuths got her medical checkup done at Civil Hospital. Talking to media Setalvad alleged that the ATS sleuths assaulted her. “They have done my medical. I have a big bruise on my hand, this is what the ATS did to me. They are taking me to the magistrate’s court. I’m not guilty. I will tell everything in court,” she said.