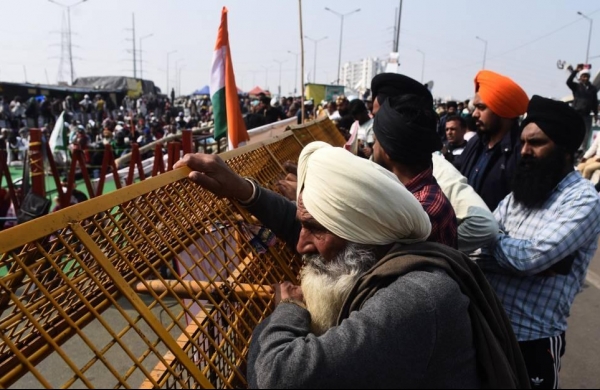 By PTI
NEW DELHI: The Samyukta Kisan Morcha clarified on Sunday that it did not put out any call for boycott of milk sales between March 1-5 by farmers or hiking of the price later on.

The comments come a day after a ‘khap panchayat’ (community council) in Haryana’s Hisar urged dairy farmers to sell milk at Rs 100 per litre to government cooperative societies in protest against the Centre’s farm laws and high fuel prices.

According to the SKM statement, a social media message was going viral on its name and the clarification was being put out in that context.

Farmers are requested to ignore any such wrong message that they might receive in the name of Samyukta Kisan Morcha, it added.

Thousands of farmers have been protesting at multiple Delhi borders against the three contentious farm laws, which they fear would do away with the minimum support price system, leaving them at the mercy of the big private corporations.

While the government has been projecting the laws as agricultural reforms, farmers have been demanding the repeal of the three legislations.