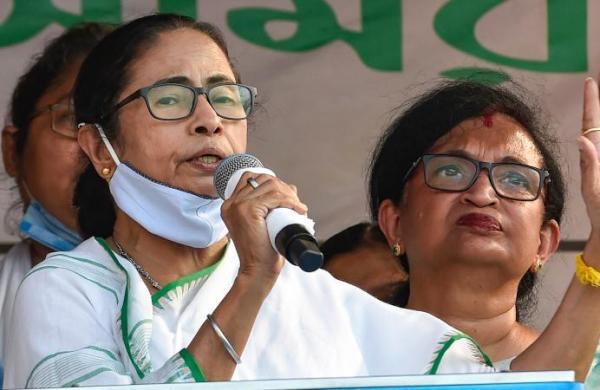 By Express News Service
KOLKATA: With an injured Mamata Banerjee released from SSKM Hospital in Kolkata on Friday evening, the Trinamool Congress said it would release its election manifesto on March 14, which the party observes as Nandigram Diwas as a tribute to the 14 villagers gunned down in East Midnapore in 2007 during the movement against land acquisition.

“Since the chief minister is contesting from Nandigram, the release of manifesto on Nandigram Diwas will deliver a strong message,” said a senior TMC leader. Political observers say the release date of the manifesto is significant as the TMC is trying to bank on the sentiments of Nandigram movement led by Mamata which had projected her as a firebrand leader raising her voice in favour of the farmers.

In the current elections, too, farmers’ appeal to the electorate against the Centre’s new farms laws may find resonance in Nandigram-Singur. Sources in the party said, other than showcasing developments during TMC’s regime in Bengal, the manifesto will also highlight the alleged lawlessness in BJP-led Uttar Pradesh and the Centre’s anti-people policies.