‘Didi is Dictatorial, Insensitive, Dreadful and Incompetent’: Shivraj tears into TMC in Bengal 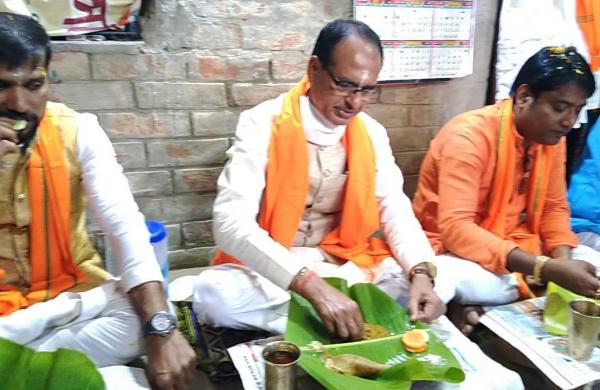 Chouhan, the four-time MP CM, lashed out at the ruling TMC and its supremo and West Bengal CM Mamata Banerjee at two poll rallies in Moyna and Khejuri Assembly segments of Purba Medinipur district.

Addressing one of the rallies in support of former Team India fast bowler and presently BJP candidate from Moyna seat Ashoke Dinda, the MP CM terming Didi as “dictator, insensitive, dread and incompetent.”

“Mamata Didi talks about Maa, Maati, and Manus, but actually, she has humiliated an old mother (referring to the thrashing of an elderly woman in Bengal), she has also coloured Bengal’s soil with blood by killings innocent people, particularly BJP workers. Mamata means love, care, and warmth, but Didi you are actually its opposite — nirmam (cruel),” Chouhan said.

“Didi means elder sister who takes care of everyone, but here Didi has a different meaning D (Dictator), I (Insensitive), D (Dread) and I (Incompetent) and TMC means T (Terror), M (Murder), and C (Corruption). Even I’m a four-time CM, but you won’t hear anything like cut money and tolabaji in Madhya Pradesh, as it’s only heard in Bengal. I’m warning all TMC goons, let May 2 come and Didi go, and each of the TMC goons will be taught befitting lessons after BJP comes to power.”

“I come from Madhya Pradesh, which has been turned into a developed state with the cooperation of the Narendra Modi-led central government, but here in Bengal, Didi has destroyed the eastern state completely in 10 years. I’m openly saying from this stage that Mamata Didi you’re aksham and ayogya (incompetent) and have destroyed West Bengal,” alleged Chouhan.

Chouhan further said, “The TMC is using Didi’s leg injury for the sympathy vote, but it seems that leg injury has actually affected the mind.”