Did Chinese troops use ‘microwave weapons’ in Ladakh 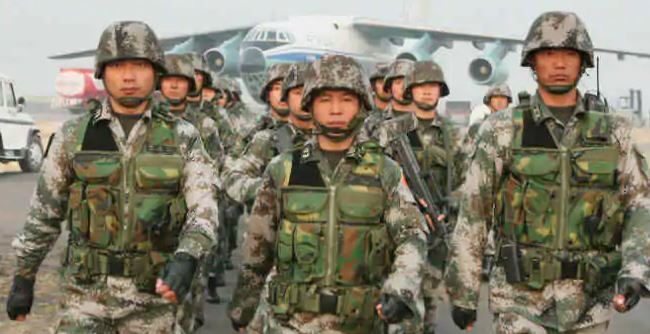 Amid the reports of Chinese troops employing ‘microwave weapons’ for forcing Indian Army to retreat during confrontation at the Line of Actual Control (LAC), the Indian Army has dismissed it calling it FAKE news.

Some international news portals have also carried misleading headlines and baseless reports related to India-China border stand-off in Ladakh. Indian Army took to Twitter to trash reports of use of microwave weapons in Eastern Ladakh.

he Indian military also issued a clear denial, saying that they remain in control of the high ground According to Indian officials, China is seeding a ‘fake news’ story about using microwave weapons, referring to a Beijing-based professor’s assertion that Chinese forces ‘turned the mountain tops into a microwave oven’ during a recent clash with India that allowed Beijing to recapture two key hilltops in the disputed border region, reported Washington Examiner.

“It’s pure and poor psyops from China,” said an Indian official. “In 15 minutes, those occupying the hilltops all began to vomit…. They couldn’t stand up, so they fled. This was how we retook the ground,” said Renmin University professor of international relations Jin Canrong, as per a UK newspaper.

The professor claimed that the attack took place on August 29, but the Indian official said that never happened.

The Chinese and Indian troops are engaged in a stand-off since early May along the Line of Actual Control (LAC) in eastern Ladakh.

The situation along the LAC deteriorated in June following the Galwan Valley clash in which both sides suffered casualties.