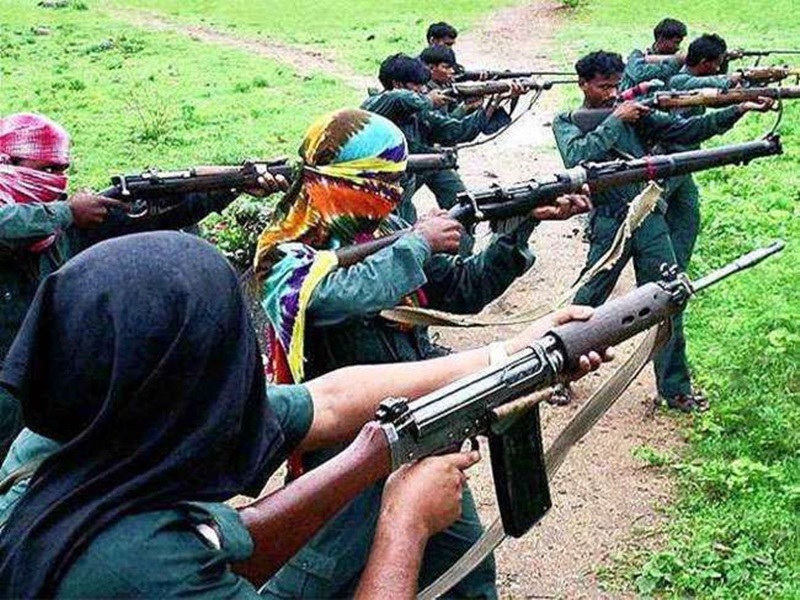 Dhamtari News: Dhamtari. An encounter between police and Naxalites took place on Sunday night in Ghoragaon forest under Nagri police station area of ​​the district. In this encounter, a Naxalite is killed by the police. A weapon has also been recovered from the scene. On the night of Sunday, August 30, the team of the city DRG left for searching in the jungles of the police station area. While searching in village Sankra, Farsian, Nirrabeda forest from the city, the team reached Ghoragaon forest, near Gariaband border, about 19 km from block headquarters, when the Naxals sitting ambushed in the forest started firing on the soldiers. The DRG team also took a counter-firing and retaliated. After a long encounter, the Naxalites escaped from there. After the shooting stopped, when the team searched the spot, the body of a Naxalite was recovered from there. A weapon has also been recovered from the spot.

The DRG team brought the dead Naxalite’s body to the city at night. The deceased Naxalite is said to be named Ravi, who was an active member of Gobra LoS and was also involved in several incidents. On receiving information about the incident here, SP BP Rajbhanu, ASP Manisha Thakur and other officials also reached the spot. On the morning of Monday 31 August, another searching team left for the spot, this team is engaged in investigating the surrounding forests including Ghoragaon. It is feared that more Naxalite casualties have occurred in this encounter, which their fellow Naxalites took away with them.

In this regard, ASP Manisha Thakur Rawate said that there was an encounter between the city DRG and the Naxalites in the Ghoragaon forest around 2300 hrs on Sunday night. In which a Naxalite has been killed. A weapon has also been recovered from the scene. Additional search teams are being sent to investigate forests in and around the site. It is known that a large part of the city block is included in the Naxalite affected area. Where Naxalites walk frequently. The team of District Police Force and CRPF are constantly engaged in searching to check the activities of Naxalites.