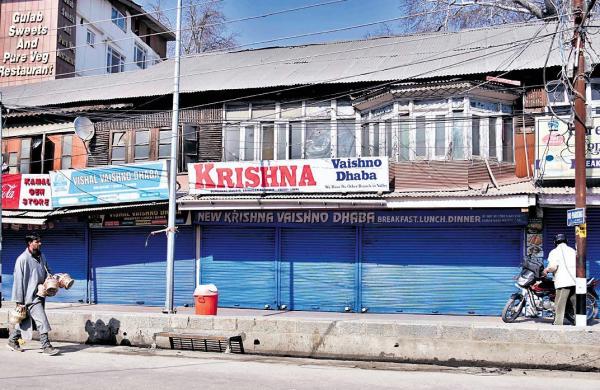 Express News Service
SRINAGAR: A day after militants shot at the son of a popular dhaba owner in Srinagar, Ramesh Kumar Mehra, he said the attack was not linked to the domicile certificate issue as the family is a resident of the erstwhile J&K state. He has demanded a thorough probe into the attack.

Mehra, owner of Krishna Dhaba, said he has been running it at Durga Nag area of Dalgate in Srinagar and never faced any threat during three decades of militancy in J&K. Akash Mehra, 22, was shot at by militants at the food joint when it was packed with customers on Wednesday evening.

“The attack on my son has nothing to do with the domicile certificate as we are state subjects,  residents of the erstwhile state of J&K,” said Ramesh. Akash is undergoing treatment at SMHS Hospital in Srinagar. Doctors said he had received a bullet in his chest and termed his condition as stable. Ramesh said they had no enmity with anybody and were living amicably in the Valley.