DGP suspends TI of Korba for not registering FIR 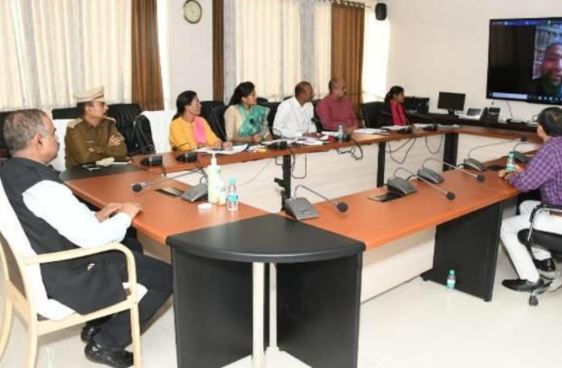 DGP DM Awasthi suspended Guswar for not registering an FIR in a case of dowry harassment to TI of Pasan police station in Korba. The DGP had approached the woman’s brother a day earlier.

The young man said that his sister’s in-laws tortured the sister for dowry. She became so upset that she committed suicide. Wandering with the police for the last 11 months, but no FIR was registered. The deceased’s brother told that he has been wandering for a year, but his sister is not getting justice.

Police has registered a case after the intervention of DGP. Keshkar resident Devesh has been provided with an ear machine by SP MR Ahire. Devesh told the solution program a day in advance that he is under-heard. They should be given an ear machine.

DGP Awasthi had instructed the Kanker SP to make an ear machine available to Devesh. Purgod Varnwal, a resident of Durg, sent a complaint that former employees working in his shop send dirty messages to him and the family. Police is not taking action on this.