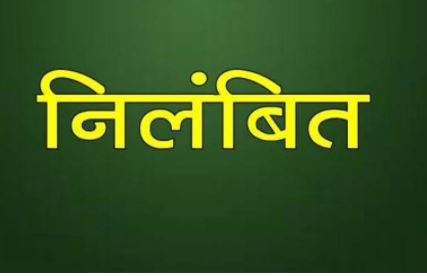 Vishal Kujur, in-charge of Rajendra Nagar police station in the capital, has been suspended by DGP DM Awasthi. An order has been issued from the police headquarters in this regard. According to the order issued, action has been taken due to negligence in duty. The DGP has taken action for not controlling illegal liquor stores, transport and smuggling in the police station area. Also, ASP Lakhan Patle and CSP have been issued show cause notices in the case