Devon Conway roped in as injury cover for Hamilton Test 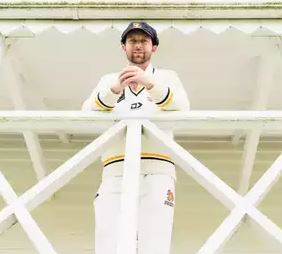 New Zealand have called up Devon Conway as an injury cover for regular wicketkeeper-batsman BJ Watling, who has picked up a hamstring niggle just ahead of the two-match Test series opener against the visiting West Indies team.

However, after being ignored originally for a place in the squad as a backup batsman, Conway could have to wait longer for a debut even if Watling is ruled out with Will Young likely to get the nod ahead of him.

New Zealand head coach Gary Stead noted that New Zealand will make a final call only on the eve of the game but in case Watling was indeed not available, Tom Blundell will be handed keeping duties and pushed down the order. That would indeed make an opener’s slot available, but Young could bag that by virtue of being chosen ahead of Conway as the original batting backup in the Test squad.

“We have another injury cover. Devon Conway is here as cover for BJ Watling, who has a slight hamstring niggle that he picked up the day before (Sunday) in his last Ford Trophy match. What that would mean is that Tom Blundell would take the gloves if BJ is ruled out, and bat in the middle order. So that is why we had Conway at training today,” Stead said on Tuesday (December 1).

Young was in line to make his Test debut against Bangladesh in Christchurch, in place of injured skipper Kane Williamson, before the game got called off due to the mosque shootings. He’s already notched up scores of 27, 64 not out and 133 in the two tour games against the West Indies’ Test lineup.

Meanwhile, Conway has been the leading run-getter in the Plunket Shield for the past three seasons since arriving from South Africa. He made T20I debut in New Zealand’s 2-0 win over the Caribbean side recently, impressing with 41 and 65 not out in the two completed games.