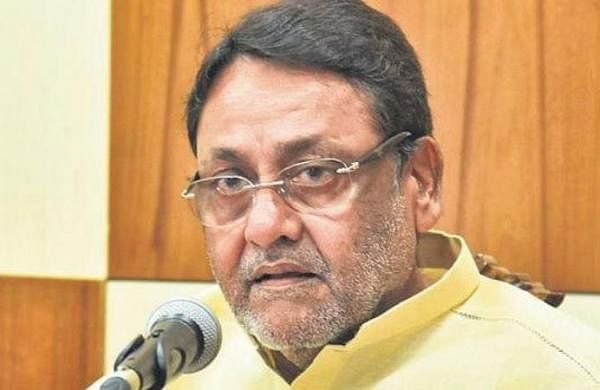 MUMBAI: A day after he threatened to drop a ‘hydrogen bomb’, Maharashtra minister and NCP spokesperson Nawab Malik alleged that BJP leader Devendra Fadnavis patronised people involved in fake currency business when he was chief minister and appointed persons with criminal background to various posts.

At a press conference, Malik said that after the demonetisation in 2016, fake currencies were detected and seized everywhere, but in Maharashtra there was no seizure, hinting that the then CM Fadnavis shielded the fake currency racket. Malik went on to claim that on October 8, 2017, the Directorate of Revenue Intelligence had seized fake bank notes worth Rs 14.80 crore and a case was registered at Bandra Kurla Complex in Mumbai, “but Fadnavis helped sweep the case under the carpet”.

Two people named Imran Alam Sheikh and Riyaz Sheikh, who had links with Pakistan’s ISI and Bangladesh, were arrested in the case. However, they were released within two days and the seized amount was shown to be only Rs 8.80 lakh, Malik alleged.

Not just that, Fadnavis later appointed Imran Alam Sheikh’s brother Haji Arafat Sheikh as chairman of the state minority commission, a post that has cabinet rank, Malik said. Malik further said that the Fadnavis government had appointed Haidar Alam as chairman of another key board with cabinet rank status. Alam’s second wife was a Bangladeshi illegal staying in Mumbai.

A case was registered against her at Malad police station but the CM’s office put pressure on police not to pursue this case, Malik alleged. Munna Yadav, a hardcore criminal facing murder and other serious charges, was made chairman of construction board, he added.

Sharing photographs of one Riyaz Bhatt with Fadnavis and some other BJP leaders, the NCP minister alleged that the person had connections with the underworld and was caught at Mumbai airport with a double passport. He even attended PM Narendra Modi’s event. Malik alleged that Bhatt used to extort money as part of a nexus among the underworld, police and Fadnavis.