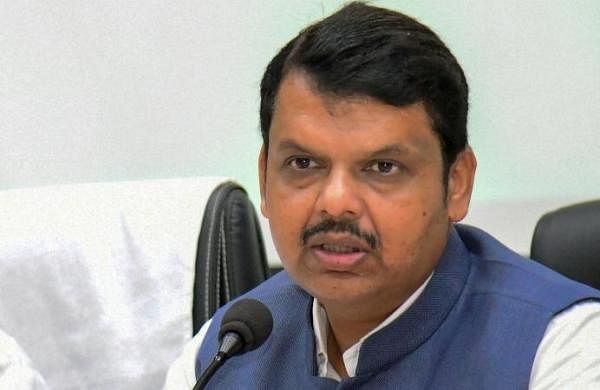 The former Maharashtra chief minister was speaking at an event in which the Congress’ Ponda MLA Ravi Naik was inducted into the BJP.

“The Congress in Goa was a nano party with four MLAs. Four persons can fit in a small car like Nano. Now it has been reduced to an auto (autorickshaw) party as three MLAs are left with them. Soon with Pratapsingh Rane’s blessings, the Congress will be reduced to a bicycle party, with only two persons remaining,” he said.

Ridiculing the Trinamool Congress and Aam Aadmi Party, both of which plan to contest the 2022 Assembly polls here, as migratory birds from Siberia, he said these parties come to Goa for three months to escape extreme weather back home.

“They come here for three months for polls and will return,” Fadnavis said, adding that BJP leaders like Chief Minister Pramod Sawant and state unit chief Sadanand Shet Tanavade were in Goa forever.

“People from Goa should understand that tomorrow if they face some difficulty, you will have these leaders, while the people from Kolkata and Delhi will go back,” he said.

Fadnavis also said the people of Goa will not accept the Trinamool Congress-Maharashtrawadi Gomantak Party alliance.

Attacking the TMC government in West Bengal, he said the eastern state had a high rate of crime and poverty and industries were averse to doing business there.

He hit out at AAP’s Arvind Kejriwal and said Delhi, which was a “half state”, has infrastructure created by the Union government, with the police under the control of the latter.

The former Maharashtra CM questioned if any COVID-19 patient was treated at any of the ‘mohalla clinics’ that the AAP boasts of setting up across Delhi.

“Mohalla clinics are created to take care of basic diseases. That is why people had to depend on the Central government’s hospitals or private facilities to get treatment during the COVID-19 outbreak,” Fadnavis claimed.