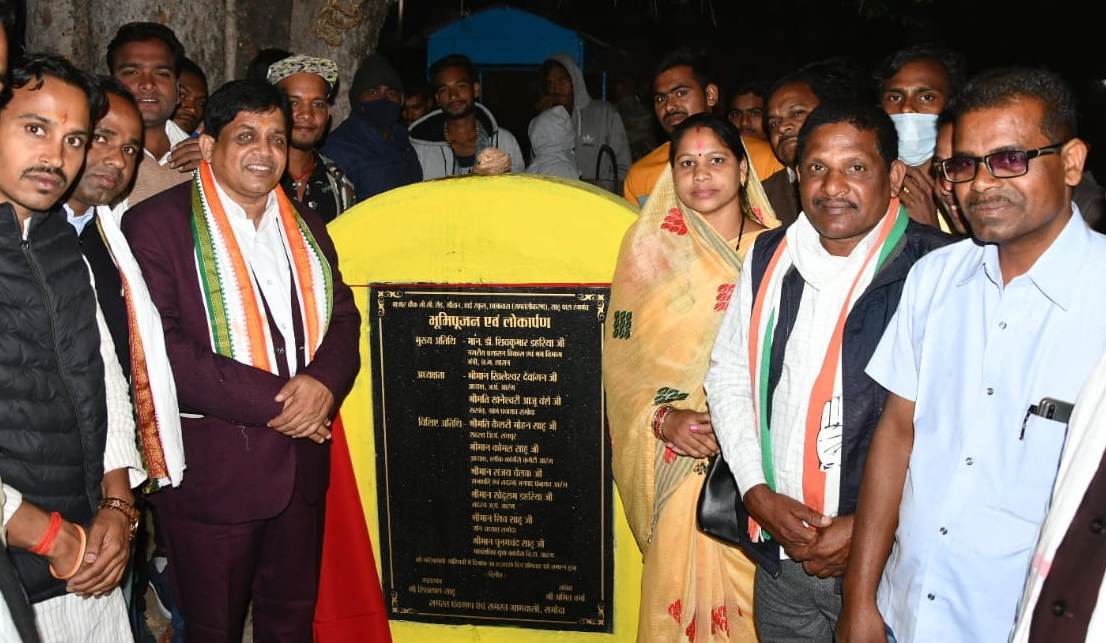 Urban Administration and Development and Labor Minister Dr. Shivkumar Dahria has said that tribal society is continuously developing under the leadership of Chief Minister Mr. Bhupesh Baghel in Chhattisgarh. The government of Chhattisgarh has given new authority and powers to the local people’s representatives for the development of the scheduled district. The cases registered on him are being withdrawn. Dr. Dahria inaugurated the newly constructed Mahakaleshwar Temple by the tribal society in village Mohmela under Arang assembly and offered prayers. During this, the tribal army gave a warm welcome to the minister Dr. Dahria. In the program of village Mohmela, Minister Dr. Dahria said in his address that tribal society is very innocent. They have to become aware. The educated educated people of the society also need to contribute to the development of their society. He said that Dr. Bhimrao Ambedkar has made a system of reservation to connect the backward people of the society to the mainstream in a constitutional manner. He has paved the way for all to move forward by giving equal rights to all. You can contribute to your society and the development of the state and country by becoming educated. Dr. Dahria also attended the program of village Chikhali, Kagadehi and Samoda. He inaugurated the water tank at Chikhali. Approved construction of road in the village Kagadehi at a cost of 40 lakhs and theater at a cost of 3 lakhs. He joined Madai Mela in village Samoda and inaugurated and laid foundation stones of CC Road, High School Building Upgrades, Gothan and other development works. During this, he informed the villagers about the development work being done by the Government of Chhattisgarh. He said that farmers do not need to worry. The government of Chhattisgarh will pay the highest price to the farmers every year for their paddy and whatever difference amount will be paid to the farmers through the Rajiv Gandhi Kisan Nyay Yojana. He told that our government has also waived the debt of farmers and halved the electricity bill. He said that the government is providing employment opportunities to the youth by recruiting teachers through the Chhattisgarh Public Service Commission along with recruitment of teachers, police and college teachers across the state. District Panchayat President Mrs. Domeshwari Verma, District President Mr. Khilesh Dewangan, District Panchayat Member Keshari Mohan Sahu, District Member, tribal society president Mr. Dinu Netam, Chandram Ram Dhruv, Komal Sahu, Rekharam Patre, Village Sarpanch and large number of villagers present Were.