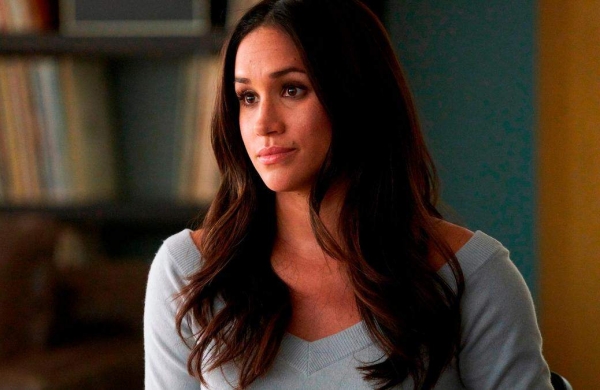 By ANI
WASHINGTON: While Prince Harry has already reached the UK for his grandfather Prince Philip’s funeral, the Duke of Sussex’s wife Meghan Markle could not accompany her husband due to her second pregnancy. But a source revealed that the ‘Suits’ alum wanted to “support” Harry at the funeral following the couple’s bombshell interview with Oprah Winfrey.

A source close to the Duchess of Sussex told E! News that Meghan would have attended Prince Philip’s funeral were she not too far along in her pregnancy.

The source said, “Meghan wishes she could have flown to the U.K. to support her husband but has been advised not to due to her pregnancy.”

“She would have put all the family tension aside to be there with Harry,” the insider continued, before adding that the couple “are still not on amazing terms with the family.”

But Harry’s trip to the UK comes at an opportune time, according to the source, as it’s allowed him and Prince William to continue “working on their relationship” after an apparent fallout.

The insider further said, “Harry wants to make sure Meghan and the baby are healthy and not involved in stressful situations,” such as the very public funeral of Queen Elizabeth II’s husband.

Though Meghan and Harry want to make amends with the royal family, the insider said, “They have been focused on their new roots in Montecito and the pregnancy,” which comes after the Duchess of Sussex suffered a miscarriage last July.

This week saw Harry’s return to his home country and their marital home at Frogmore Cottage, where the Prince is quarantining ahead of the Duke’s funeral.

Due to the ongoing COVID-19 pandemic, only 30 people are allowed to attend Prince Philip’s funeral services at St. George’s Chapel on the grounds of Windsor Castle this Saturday. A Buckingham Palace spokesperson said Philip’s family members, including his children and grandchildren, are expected to be in attendance.

Though many people will miss the Duke of Edinburgh, none are as mournful as the Queen, according to Prince Andrew. Last weekend, the royal told reporters that his mother is “feeling it probably more than everybody else.”

Prince Andrew shared, “She’s contemplating, is the way I would put it. She described it as having left a huge void in her life, but we, the family, the ones that are closer, are rallying around to make sure we are there to support her.”

Buckingham Palace had announced on Friday that Philip, the husband of Queen Elizabeth II, died “peacefully” at Windsor Castle at the age of 99.

Philip became the queen’s consort, or official companion, after her father, King George VI, suddenly passed in 1952. He was the longest-serving British consort over his 73-year marriage to the queen.