Desire normal ties with Pakistan, all issues should be resolved bilaterally: MEA 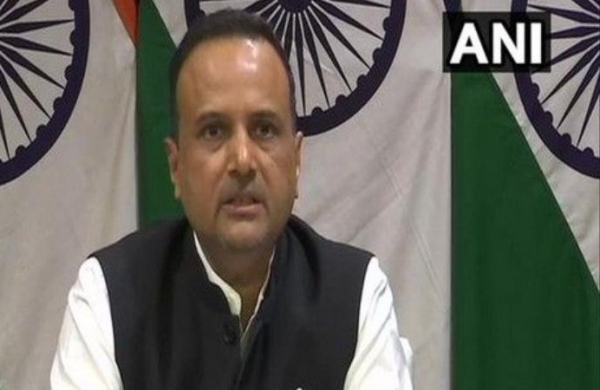 By PTI
NEW DELHI: Days after Indian and Pakistani armies agreed to strictly observe all their ceasefire agreements, India on Friday maintained that it desires normal relations with all neighbours, including Pakistan, and asserted all issues between the two countries should be resolved bilaterally and peacefully.

Following a hotline discussion between the Directors General of Military Operations (DGMOs) of India and Pakistan last month, the two sides agreed to strict observance of all agreements, understandings and ceasefire along the Line of Control (LoC) and all other sectors.

Asked about the observance of the ceasefire agreement by both sides, Ministry of External (MEA) spokesperson Anurag Srivastava said, “I will direct you to the Ministry of Defence.”

“India desires normal relations with all its neighbours, including Pakistan. We have consistently maintained that issues, if any, between India and Pakistan should be resolved bilaterally and peacefully. Our position on key issues remains unchanged,” he said.

India and Pakistan signed a ceasefire agreement in 2003, but it has hardly been followed in letter and spirit over the past several years with more violations than an observance of the pact.

Indian Army officials have asserted that there would be no let-up in their fight against terrorism or in troops deployment along the borders, following the new commitment that they described as a fresh attempt at peace in the region.