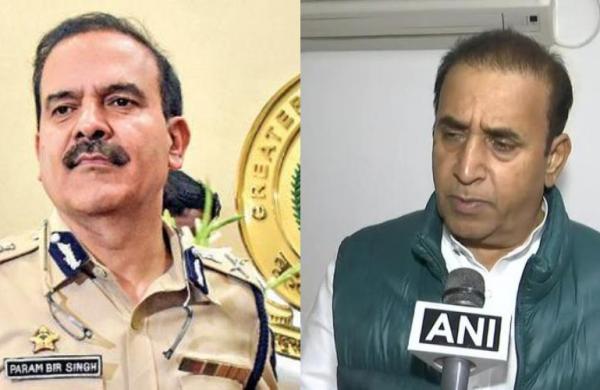 By PTI
NEW DELHI: The NCP on Sunday ruled out resignation of Maharashtra Home Minister Anil Deshmukh even as the demand for his removal grew louder over former Mumbai police chief’s allegation that he wanted police officers to collect Rs 100 crore monthly from bars and hotels in the city.

After a three-hour meeting at NCP president Sharad Pawar’s residence here, Jayant Patil, the party’s state chief and senior minister in the Maha Vikas Aghadi government, said there is no need to divert attention from the main incident of bomb scare outside Mukesh Ambani’s residence and the killing of Mansukh Hiran, a Thane-based businessman.

The focus is on these two events and after that appropriate steps will be taken, he said, adding the state Anti-Terrorism Squad (ATS) has arrested two people in the connection with Hiran’s killing.

During a media briefing earlier in the day, Pawar said Maharashtra Chief Minister Uddhav Thackeray will decide the fate of Deshmukh.

The allegations levelled by former Mumbai police chief Param Bir Singh against Deshmukh are serious and require an in-depth probe, he said.

Pawar’s comments came amid speculation in state political circles that Maharashtra may soon have a new home minister.

He contested Pawar’s assertion that neither Thackeray nor Deshmukh was responsible for reinstating controversial police officer Sachin Waze in the Mumbai police force last year.

“Waze was given important cases and also got key posts in the police department. Is it possible without the knowledge of the chief minister and the home minister?” Fadnavis posed.

The NCP along with the Shiv Sena is part of the Mahavikas Aghadi government in Maharashtra, and the home department belongs to the Sharad Pawar led-NCP.

Hitting back at the BJP, Patil said there were many charges against Devendra Fadnavis’ ministers but he did not ask anyone to resign.

Before the meeting at Pawar’s residence here, Shiv Sena leader Sanjay Raut had met him.

ALSO READ | Won’t be fair to comment as NCP chief has spoken: Congress on graft charges against Deshmukh

Singh, a senior IPS officer, who was transferred to the low-key Home Guards on March 17 following the arrest of police officer Sachin Waze in the case related to the bomb scare near Mukesh Ambani’s house Antilia, in a letter to the Maharashtra chief minister had claimed that he was made a scapegoat.

In the eight-page letter to Chief Minister Thackeray, Singh alleged that Deshmukh used to call police officers to his official residence and give them a “collection target” from bars, restaurants and other establishments.

The Maharashtra Chief Minister’s Office, in a release on Saturday, said Singh’s “unsigned letter to Thackeray” was not sent from his official email ID and efforts were on to contact him to verify it.

The Congress and the NCP are part of the Shiv Sena-led Maha Vikas Aghadi government.