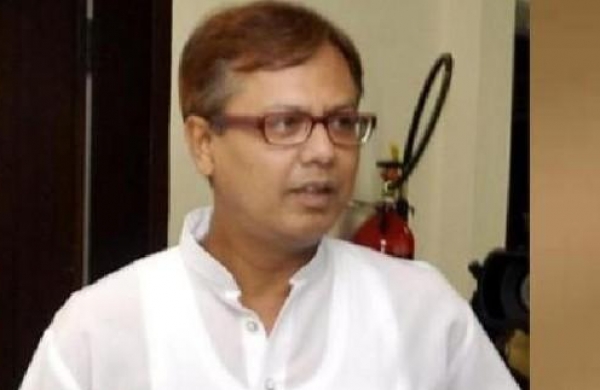 By PTI
GUWAHATI: Two lawmakers of the ruling BJP in poll-bound Assam quit the party on Wednesday after they were denied tickets to contest in the coming state poll.

On Sunday, BJP cabinet minister in Assam Sum Ronghang joined the opposition Congress after he was denied ticket from Diphu constituency.

Paul announced his decision to quit the saffron camp at a press conference at Silchar and said that he has sent his resignation letter to BJP state unit president, local leaders of the party as well as its national leaders.

“With a heavy heart, I am taking a hard decision at a very crucial juncture of my life. I am leaving BJP,” he said.

“There are people who are running the party (BJP) and have conspired against me. The chief minister is a very good man and is ably running the state. But he is helpless,” Paul, who has been a member of BJP since 1983, said.

Without naming anyone, the MLA from the prestigious Silchar constituency alleged that the persons involved in syndicate in Assam are running the party affairs at present.

BJP has fielded Dipayan Chakraborty to contest from Silchar, which will go to the polls in the second phase on April 1.

Dev, an MLA from Hojai, too alleged that a conspiracy was on within the party for four years against him.

“I am resigning from the party. I will start my new journey from tomorrow,” he said without elaborating.

The controversial MLA, who has put the party in embarrassing situations on a number of occasions, further said that he has been “politically murdered” only to “benefit a few people” because he spoke about Hindutva.

Dev had announced to quit the party in July last year alleging neglect and groupism by the leaders, but later called off his decision.

The BJP has announced the names of 74 candidates, which does not include 13 sitting MLAs of Assam Assembly.

The saffron party has formed an alliance with the Asom Gana Parishad (AGP) and United People’s Party Liberal (UPPL).

Out of the 126 Assembly seats, the BJP has left 26 for AGP and 8 for its allies UPPL respectively.