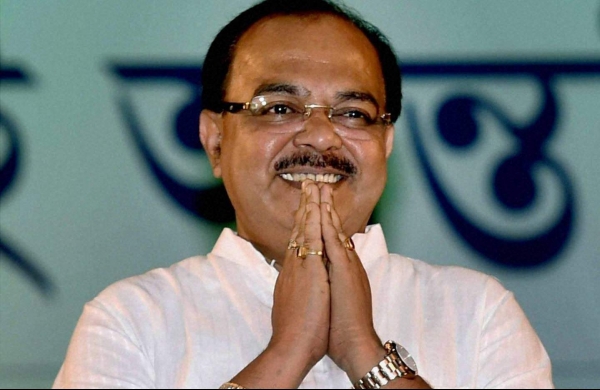 By PTI
KOLKATA: The BJP on Sunday came out with the names of 63 candidates for the third and fourth phases of assembly polls in West Bengal, nominating four MPs including Union minister Babul Supriyo and several new faces, triggering protests and resignations in various parts of the state.

Of late, the BJP has not been nominating such elderly persons as poll candidates.

For the high-stakes battle in the state, the BJP has fielded a Union minister, three sitting MPs, a noted economist and several film personalities.

The list also has seven women candidates and eight turncoats, including former state minister and TMC leader Rajib Banerjee, who had recently quit the party to join the saffron camp.

The list does not feature any candidate from the minority community.

While Supriyo, the Union minister of state for environment, forest & climate change, was nominated from the Tollygunge seat in Kolkata, Lok Sabha MPs Nisith Pramanik and Locket Chatterjee have been selected for Dinhata and Chunchura constituencies respectively.

Pramanik and Chatterjee, a former actress, have been fielded from assembly constituencies that come under their respective Lok Sabha seats.

However, Supriyo has been nominated for a seat far away from his Lok Sabha constituency Asansol in Paschim Bardhaman district.

He is pitted against senior TMC leader and minister Aroop Biswas.

Outgoing MLA of Singur and octogenarian leader Rabindranath Bhattacharya, who had crossed over from the Trinamool Congress after it denied him the ticket due to age factor, has been fielded from the same seat by the BJP.

Besides Chatterjee, the party has given a ticket to film actresses such as Tanushree Chakraborty from Shyampur in Howrah district and Payel Sarkar from Behala Purba in Kolkata.

Actor Yash Dasgupta has also been nominated from Chanditala in Hooghly district.

The BJP also nominated former Chief Economic Advisor to the government, Ashok Lahiri, from the Alipurduar seat in North Bengal.

He has also served as the chairman of the Kolkata-based Bandhan Bank and was a member of the Finance Commission from 2017 to 2020.

By fielding columnist Dasgupta and the economist Lahiri, the BJP has sought to impress the sophisticated ‘Bhadralok’ community of the eastern state, political observers said, noting the Bengali intelligentsia refrained from backing the saffron party in 2019 Lok Sabha polls despite a large consolidation of Hindu votes around it.

Hours after the candidates’ names were announced, the rift between old-timers and newcomers in West Bengal BJP came out in the open as several aspirants voiced their anguish against the party and resigned after they were denied tickets, while protests were held across the state.

BJP leader and TMC turncoat Sovan Chattopadhyay along with his friend Baisakhi Bandyopadhyay quit the party after both of them were denied tickets.

Chatterjee’s constituency for several decades, Behala Purba, was given to actor-turned- politician Payel Sarkar, who joined the party a few days back.

In his resignation letter to the party’s state president Dilip Ghosh, Chattopadhyay accused the saffron camp of humiliating him.

The nomination of Ashok Lahiri from the Alipurduar seat and Gorkha Janmukti Morcha turncoat Bishal Lama from Kalchini triggered a wave of protests in North Bengal with the local leadership hitting the streets.

Angry BJP workers ransacked a party office in Panchla seat in Howrah district, where TMC turncoat Mohitlal Ghati was given the poll ticket.

Rantideb Sengupta, who was fielded from Howrah Dakshin seat, declined to contest after the list was announced, citing personal reasons.

However, the central leadership of the party intervened and persuaded him to contest from the constituency.

Protests were also held in various other constituencies after ticket aspirants didn’t find their names in the list.

Shyampur is one such constituency where actress Tanushree Chakraborty, a newcomer in the BJP, was nominated.

Several district-level leaders also resigned from the party after failing to get tickets.

The BJP’s Bengal leadership said that they would look into the matter and the issues would be resolved through discussions.

Elections to the 294-member West Bengal Assembly will be conducted in eight phases between March 27 and April 29.

The counting of votes will take place on May 2.