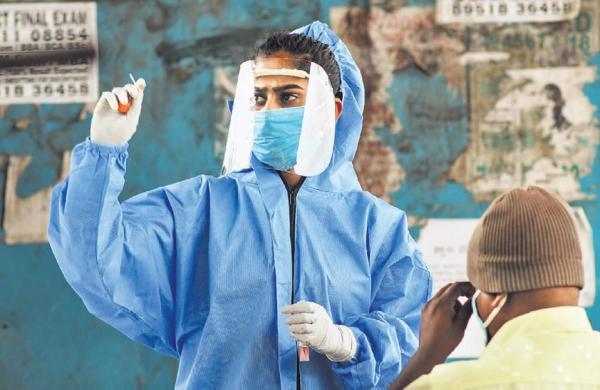 Express News Service
BENGALURU: The Indian SARS-Cov2 Genomics Consortium (INSACOG) said on Thursday that genome sequencing of recent samples from across the country has shown that the Delta variant continues to be the dominant cause of the new Covid cases. They also said that evidence shows vaccines are offering high protection against the variant.

Meanwhile, a recent study published in the Lancet, stated that the Delta variant has been growing rapidly in people’s respiratory tracts, and has replicated over a thousand times more than the original strain of the virus.

The World Health Organisation (WHO) has been tracking the Delta variant on a day-to-day basis, and have found that in countries including India, the variant has shown increased transmissibility. Dr Maria Van Kerkhove, a scientist at WHO, said at a press conference, “We are tracking the variant’s behaviour. So far, increased transmissibility is being reported. We are working with a number of technical networks to really look at the incubation period. We are also looking at the time a person is exposed to the virus, how it is transmitted, whether it is transmitted in an indoor, closed setting or not,” she explained.

The lineages of Delta variant- the AY1 and AY2- are also being tracked. It was also found that on an average, it takes about four days for the Delta variant to reach detectable levels in an infected person. The original strain could only be detected after 6 days of infection. Interestingly, the study found that the patient with Delta strain transmitted the virus in the initial days of the infection, underscoring the importance of immediate quarantine.

Agreeing to the severity of transmission and possibility that the third wave may also be predominantly driven by the delta variant, Dr Vishal Rao, Regional Director, Head Neck Surgical Oncology and Associate Dean, Centre of Academics and Research HCG Cancer Centre, who is also a member of the Covid-19 Genomic Surveillance Committee, GoK said, “Unless a new virulent mutation occurs again, the third wave will be predominantly driven by the Delta vaiant. We are also watching out for the Lambda variant, but so far, it has not been reported in the country.”