Delivery of Rafale jets to India will be completed by April 2022: French envoy 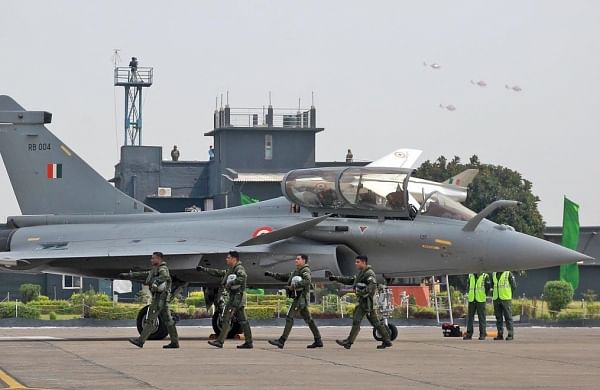 MUMBAI: Thirty Rafale fighter jets manufactured by French firm Dassault Aviation have been delivered to India so far and the remaining six will be handed over by April 2022 as part of an inter-governmental agreement signed five years ago, Ambassador of France Emmanuel Lenain said on Thursday.

He said it is a matter of pride for France that despite the COVID-19 pandemic which forced factories to close down for weeks, it was able to deliver the aircraft on time.

“As of today, 29 (jets) have been ferried to India and 30 have been delivered to India. We are fully on time and we are going to reach the target of having all 36 delivered by April of next year,” Lenain said.

The envoy said India and France have been cooperating for decades in the field of defence.

Fighter jets are first handed over to the Indian Air Force in France and they are later flown to India.

In 2016, India and France signed an inter-governmental agreement under which Paris is to provide 36 Rafale fighter jets to New Delhi.

The Rs 58,000-crore deal invited criticism from the opposition, particularly the Congress which has alleged financial irregularities while procuring the fighter jets.

The Centre has repeatedly denied any financial irregularity in purchase of the multi-role combat aircraft.

French investigative portal Mediapart, in fresh revelations, has alleged bogus invoices were used that enabled Dassault Aviation to pay at least 7.5 million euros in secret commissions to a middleman to help it secure the Rafale deal with India.

When asked about the recent revelations by Mediapart, the French envoy declined to comment.

Lenain was speaking during his visit to the French navy’s air defence destroyer ‘Chevalier Paul’, which arrived in Mumbai on Thursday.

The Chevalier Paul, a Horizon-class air defence destroyer, is currently deployed in the Indian Ocean as part of France’s permanent military presence in the region.

Defence is an important pillar of the India-France relationship and the two countries have been cooperating for decades now, Lenain said.

“It (the port call of the ship to Mumbai) is a nice symbol of our joint commitment to ensure security and freedom of navigation in the Indo-Pacific region,” he added.