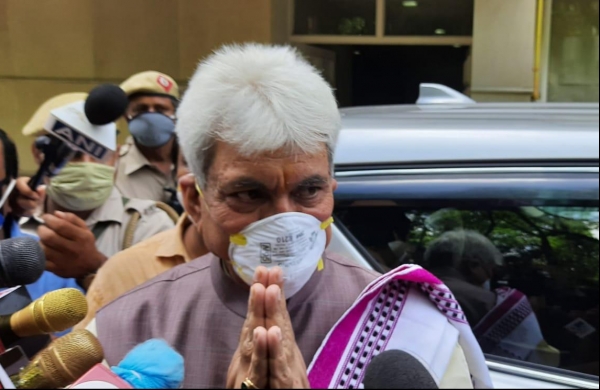 By ANI
NEW DELHI: The Delimitation Commission for Jammu and Kashmir, set up in March 2020 to redraw the parliamentary and assemblies constituencies, has got a one-year extension from the Central Government.

A gazette notification has been issued by the Union Ministry of Law and Justice on March 3, 2021, in this regard.

Earlier, the delimitation panel, headed by retired Supreme Court judge Ranjana Prakash Desai, was set up for one year. Now the notification said that the time period of the panel has been extended from one year to two years.

The Jammu and Kashmir Reorganisation Act 2019 provides that the number of seats in the legislative assembly of Union Territory of Jammu and Kashmir shall be increased from 107 to 114, and delimitation of the constituencies will be determined by the Election Commission.

The Act, which was notified by the government on August 9, 2019, paved the way for the creation of two Union Territories – Jammu and Kashmir, which will have a legislature and Ladakh, without it.

In February last year, Lieutenant Governor Manoj Sinha had said those who want Assembly polls in Jammu and Kashmir should help in the delimitation process and not make excuses.

“PM has assured the entire nation and the delimitation commission has begun its work. I request that those who want election soon should help in this delimitation process, instead of making excuses,” he said.

“There are constitutional institutions in India. The decision is taken by the Election Commission. Let the work related to delimitation get completed, the Commission will definitely conduct elections,” he added.