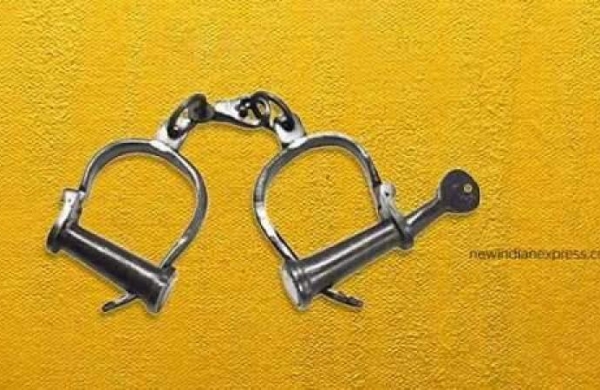 By PTI
NEW DELHI: The managing director of a firm was arrested from Mumbai by Delhi Police’s Economic Offences Wing in a 2018 case related to cheating, forgery, and criminal misappropriation of approximately Rs 100 crore, police said on Sunday.

Accused Ramchand Karunakaran, who played a prominent role in siphoning off funds, was one of the directors of IL&FS Rail Ltd and the managing director of IL&FS Transportation Network Ltd, they said.

Police said he was arrested in Mumbai on July 20.

He was produced in court and remanded to police custody for further investigation in the case.

According to police, a case was registered in 2018 on the complaint of Ashish Begwani, Director of Enso Infrastructures (P) Ltd, who alleged that in August 2010, he was approached by the directors of IL&FS Transportation Networks Ltd for an investment.

Additional Commissioner of Police (Economic Offences Wing) R K Singh said, “Over a period of time, the complainant observed that the company is not performing profitably and funds are being misused.

The officer said It is alleged by the complainant that the directors of the alleged company IL&FS Rail Ltd and other officers of the company intentionally siphoned off the funds of the company to the tune of Rs about 70 crore causing loss to their firm.

“During the investigation, it was found that the accused had made payments to several companies without executing any work. They could not give any satisfactory reply about the contracts awarded to the questioned companies,” Singh said.

“It is also found that no estimate was taken, no name and address of any of the contractors was given or kept in record. Money was routed through several layers of the different shell companies,” Singh added.