Delhi in final for the first time on the basis of Shikhar, Stoynes and Rabada 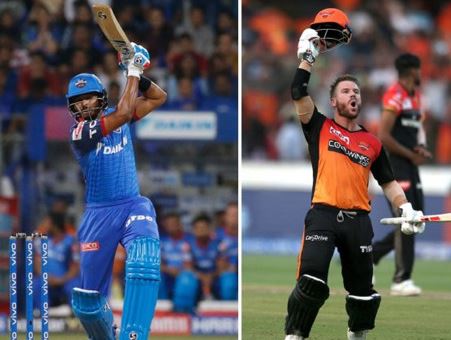 . Opening batsman Shikhar Dhawan’s brilliant half-century knock of 78, an all-round performance by Marcus Stoynis (38 runs and three wickets for 26 runs) and the lethal bowling of Kagiso Rabada (four wickets for 29 runs) gave Delhi Capitals a qualifier for Sunrisers Hyderabad I entered the final of the IPL for the first time by defeating by 17 runs on Sunday, where on 10 November he will face the defending champions Mumbai Indians.

Delhi scored a challenging score of 189 for three in 20 overs and then overcame Hyderabad’s tough challenge. Hyderabad scored 172 runs for eight wickets. The Hyderabad team was eliminated with this defeat. The final will be between the two teams that finished first and second in the league table. Mumbai was ranked first and Delhi was second. Mumbai had defeated Delhi in the first qualifier but now both teams will be face to face in the title match. Mumbai will land for the fifth time and Delhi for the first time with the intention of winning the title.

Shikhar hit six fours and two sixes in his 50 off 78 balls. Stoynis hit five fours and a six in 38 runs off 27 balls, while Hetmyer hit four fours and a six in an unbeaten 42 off 22 balls. After winning the toss, Delhi came out to bat and played with Shikhar Dhawan to field Marcus Stoinis in the opening which was successful.

Shikhar and Stonis gave Delhi a brilliant start of 86 runs. Stoynis justified his decision to field him in the powerplay and in the fourth over of the innings, he caught 18 runs off Jason Holder’s balls with three fours and a six. Delhi’s 50 runs were completed in 45 overs. Shikhar, a left-handed batsman who was dismissed cheaply in the last few matches, played a great innings, maintaining his status of being a big player of the big match. The presence of Stoinis at the other end also removed the pressure from above the peak. Both batsmen played the balls of trump card leg-spinner Rashid Khan of Hyderabad with caution.

Stois was finally bowled by Rashid’s ball but by then he had done his work. Stoinis hit five fours and a six in 38 runs off 27 balls. Captain Shreyas Iyer, who landed on the ground, played a batting innings of 21 runs with the help of a four off 20 balls. Shikhar, playing in rhythm, completed his half-century in 26 balls by hitting a six off left arm spinner Shahbaz Nadeem. It was Shikhar’s 41st half-century in the IPL. Delhi completed their 100 runs in the 10th over.

Iyer gets caught by Manish Pandey. Iyer’s wicket fell at a score of 126. Shikhar and Iyer shared a 40-run partnership for the second wicket. Shimron Hetmyer, who was brought into the XI for this match, played some big shots, judging by his role. However, from 11 to 15 overs, the run rate was somewhat slow.

Hetmyer hit three fours in the 18th over and Shikhar also hit a four in the same over. 18 runs in this over. Shikhar fell lbw to Sandeep Sharma’s third ball in the 19th over. Shikhar did not take DRS. If he had taken DRS, he could have survived because the ball was leaving the stumps.

Shikhar hit six fours and two sixes in his 50 off 78 balls. After the dismissal of Shikhar, T Natarajan did not give the Delhi batsmen a chance to hit the big shot and after the end of 20 overs Delhi’s score was 189 runs. Hetmyer hit four fours and a six in an unbeaten 42 off 22 balls.

Chasing a strong target, Hyderabad started poorly and lost their three wickets on the way to 44 runs. Rabada bowled Hyderabad captain David Warner. Warner could score only two runs and his wicket fell at the score of 12. Priyam Garg and Manish Pandey shared a 31-run partnership for the second wicket. But after that both the batsmen were dismissed in the interval of one run. Stoinis fired both wickets in the fifth over. Garg became bold while Pandey’s catch was caught by Enrich Nortje. Garg hit two sixes in 17 runs off 12 balls. Pandey hit three fours in 21 runs off 14 balls.