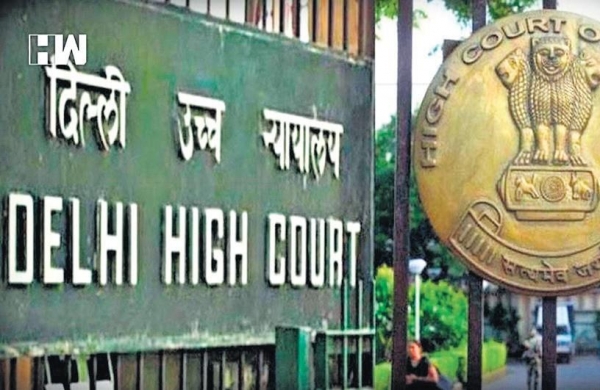 By PTI
NEW DELHI: The Delhi High Court on Tuesday said it will hear in April, a plea seeking to declare the Prime Minister’s Citizen Assistance and Relief in Emergency Situations Fund (PM CARES Fund) a ‘State’ under the Constitution to ensure transparency in its functioning.

A bench of Chief Justice DN Patel and Justice Jasmeet Singh said it will hear this petition along with another pending petition filed by the same petitioner seeking to declare PM CARES a ‘public authority’ under the Right to Information (RTI) Act.

The court, which listed both the petitions for hearing on April 23, said it was not inclined to issue notice on this plea as the Centre was already represented through counsel and said they may file their written submissions.

Solicitor General Tushar Mehta, representing the Centre, said the issue require proper hearing and the same petitioner has filed another related petition and both the pleas be heard together. Petitioner Samyak Gangwal, represented through senior advocate Shyam Divan, sought to declare PM CARES Fund a ‘State’ under Article 12 of the Constitution and to direct the fund to disclose its audit reports on the PM CARES website periodically.

It also sought direction to the fund to disclose every quarter, on the PM CARES website, the details of the donations received by it which shall include each donor’s names. “Further, the details ought to be classified under the following heads – total donations received from individuals, private companies, Public Sector Undertaking, proprietorships, political parties, NGOs, Trusts and so on,” the plea said, adding that quarterly details of utilisation of the funds be also disclosed on the website.

In support of his contention that the PM CARES Fund is a ‘State’, the petitioner said it was formed by the Prime Minister on March 27, 2020 for a noble purpose, that is, to extend assistance to the citizens of India in the wake of the public health emergency — the ongoing COVID-19 Pandemic.

“The Representations also included the use of government resources such as- use of ‘.gov.in’ domain name, State Emblem of India and the name ‘Prime Minister’ and its abbreviation on the PM Cares Fund website and in other official and unofficial communications. Further, the official address of the PM CARES Fund was stated to be the Prime Minister’s Office South Block, New Delhi,” it said.

Based on these representations, huge donations were received by the PM CARES Fund and as per the information provided on its website during the financial year 2019-20, an amount of Rs 3076.62 crore was collected merely within four days.

The petitioner said he believes that the reliefs sought by him will ensure transparency and accountability in the fund’s functioning and will ensure that monies received by the PM CARES Fund are only used for the noble causes for which they were donated.

“The petitioner is not attributing or even alleging any wrongdoing whatsoever on the part of the present Ex-Officio Trustees of the PM CARES Fund. However, since the PM CARES Fund’s Trustees are high government functionaries, it is essential that checks and balances envisioned in Part III of the Constitution are put in the place on the functioning of the fund to extinguish any chance of an allegation of ‘quid pro quo’,” the plea said.

In his alterative prayers, Gangwal has sought to direct the Centre to publicise that the PM CARES Fund is not a fund of the Government of India and to restrain PM CARES from using ‘Prime Minister of India’ or ‘Prime Minister’, including its abbreviations its name, on its website, Trust Deed and other official or unofficial communications and advertisements.