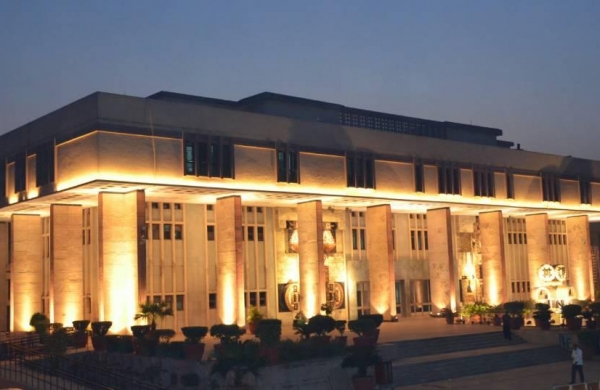 By ANI
NEW DELHI: The Delhi High Court on Friday issued notice to National Human Rights Commission (NHRC) on a plea challenging an order passed by it in September 2020 in a matter related to the alleged extrajudicial killing of two people by a combined force of Manipur Police commandos and 16th Assam Rifles in Imphal, Manipur on January 21, 2009.

The bench of Justice Prathiba M Singh on Friday while seeking a response from NHRC and State of Manipur also directed them to file detail affidavit in this regard and slated the matter for April 22 for further hearing.

The plea stated that in February 2020, an order passed by the NHRC after considering all the submissions/reports including Magisterial Inquiry Report held that deceased Ningthoujam Ananda Singh and Palungbam Kunabihar were killed by the combined force of Manipur Police Commandos and 16th Assam Rifles in an extra-judicial manner and their right to life was violated by the police. In March 2020, NHRC also rejected the contention of the State of Manipur that the encounter was real and directed the State of Manipur to submit the compliance report with respect to the recommendation for payment of relief along with proof of payment of Rs. 5,00,000/- (Rupees five lakh only) each.

The plea states that instead of ensuring compliance of its own order passed in March 2020, NHRC on 08/09/2020 unreasonably and unjustifiably closed the case by stating that it will be open to the next of kin of the deceased to approach the competent court of law for claiming the relief of Rs. 5,00,000/- (Rupees five lakh only) each as recommended by it, if the Manipur government does not provide the relief within four weeks.

The petitioner who has knocked the doors of Delhi HC is Suhas Chakma, Director of the National Campaign for Prevention of Torture, a non-governmental organisation, which regularly takes up cases of torture for effective redressal by the authorities including the NHRC and others commissions, established to address human rights violations in and around the country.

The petition also sought a direction to the NHRC to approach the concerned High Court or the Supreme Court exercising its power under Section 18(b) of the Protection of Human Rights Act if its recommendations for grant of relief or the initiation of proceedings for prosecution are not complied with by the concerned authorities.