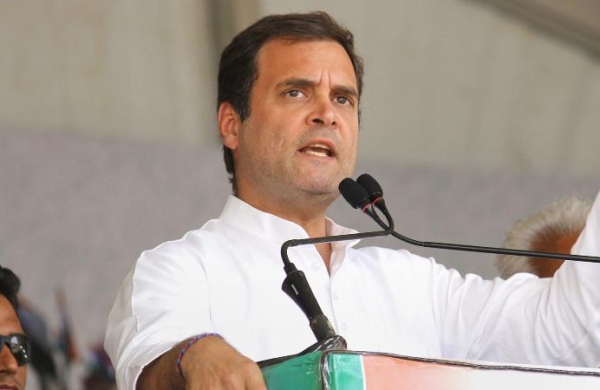 By PTI
NEW DELHI: The Delhi Congress on Sunday passed three resolutions, including requesting Rahul Gandhi to take over as national president of the party. The other two resolutions passed during a meeting of party senior leaders sought the resignation of Delhi Chief Minister Arvind Kejriwal and Union Home Minister Amit Shah, a party statement said.

The meeting was also attended by AICC general secretary and in-charge of Delhi, Shaktisinh Gohil. “The party passed three resolutions unanimously, requesting Rahul Gandhi to take over as the president of the Indian National Congress, and demanding the resignation of Union Home Minister Amit Shah and Delhi Chief Minister Arvind Kejriwal for their ‘failures’,” the statement said.

Delhi Congress president Anil Kumar moved the resolutions. “Considering the disturbed and dangerous political situation in the country, Congress needs a dynamic and powerful leader like Rahul Gandhi at the helm,” he said.

Kumar said Gandhi has been waging a determined battle to expose the “misdeeds” of the central government, and that his leading from the front as Congress president was an urgent need to boost the confidence and morale of party workers.

The party statement said that the other resolutions demanded the resignation of Shah and Kejriwal for their “mishandling” of the farmers tractor rally on January 26 and the subsequent violence in Delhi. No immediate reaction was available from the BJP or AAP on the Delhi Congress resolutions.

Gohil underlined that it was time for Congress workers to close ranks and work unitedly to strengthen the party in Delhi, by following the directions and guidelines of party president Sonia Gandhi and Rahul Gandhi.

The meeting was attended by former Union ministers Jagdish Tytler and Krishna Tirath, ex-MP Ramesh Kumar, and Kiran Walia, Haroon Yusuf, among others.