Delegation of 500 farmers from Kerala leaves for Delhi 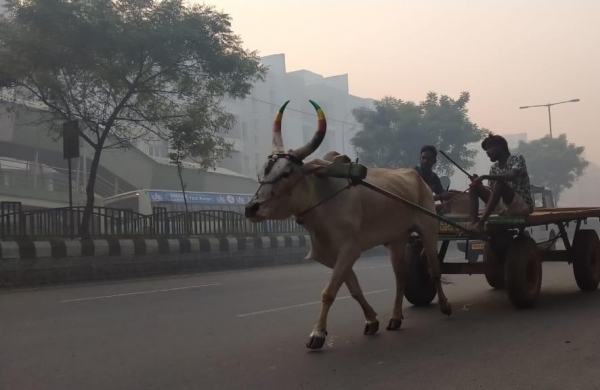 By PTI
KANNUR: A delegation of 500 farmers from Kerala left for Delhi on Monday by bus from here to join their counterparts at the borders of Delhi, who have been protesting against the contentious farm laws since November 26 last year.

The farmers, belonging to ‘Kerala Karshaka Sangham’, the state chapter of All India Kisan Sabha (AIKS), one of the organizations at the forefront of the protest.

AIKS vice president S Ramachandra Pillai flagged off the bus, which is expected to reach Delhi on January 14.

They would participate in the protest at Shahjahanpur, one of the venues.

K N Balagopal, secretary of Kerala Karshaka Sangham, told PTI that this was the first batch of farmers and the next one would soon leave for the national capital.

“We are not going just for expressing solidarity alone. We are going to participate in the agitation because the farm laws affect the state in a very serious manner. It affects the food security, the price of our food grains will be affected by these laws,” Balagopal said.

In Kerala, the farmers have been on an indefinite protest since December 12.

Kerala Samyuktha Karshaka Samithi, part of the All India Kisan Sangharsh Coordination Committee, has been observing a relay protest at the Martyrs Column in Thiruvananthapuram in solidarity with farmers protest across the country.

On December 23 last year, Chief Minister Pinarayi Vijayan launched the district-wise protest of farmers and slammed the NDA government at the Centre, alleging they were protecting the interests of corporates and not of farmers and demanded that the laws be withdrawn.

Earlier, expressing solidarity with the protestors, a farmers association in Kerala had sent 16 tones of pineapples by truck to the national capital, to be distributed free of cost.