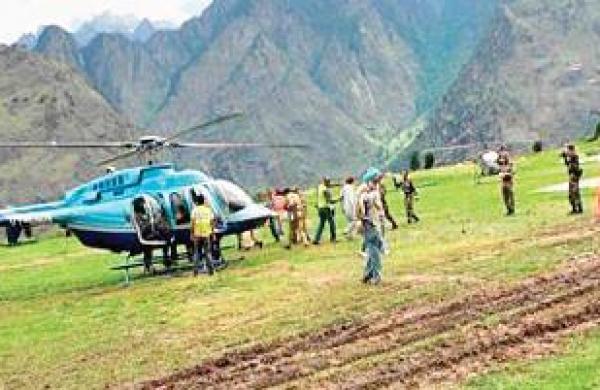 Express News Service
Women empowerment in fight against forest fireUttarakhand will soon induct 10,000 firefighters to tackle forest fire in the state. Of them, 5,000 will be women. The decision was taken by Chief Minister Tirath Singh Rawat earlier this week, in an attempt to empower women. “The women are heart and soul of our hills of Uttarakhand. Inclusion of our brave women will make the forest firefighters more efficient,” he said. Uttarakhand lost more than 290 hecatres of forest with 5500 trees, amounting to losses of Rs 9.71 lakh between October-December 2020 in 235 incidents. Fire season starts from February and ends generally in June 15 with the arrival of monsoons.

Gender budget for legal battles against in-lawsIn an attempt to strengthen and empower the women of Uttarakhand, the state government has allocated Rs 3.6 crore for legal assistance for women fighting against in-laws in its ‘gender budget’. The ‘gender budget’ has been designed specifically with the purpose of spending the money allocated towards providing assistance to women. This assictance can cover economical, health and other aspects of life. Last year, the allocation for gender budget in the state was Rs 6204.56 crore. This was increased by the state government to Rs 7783.50 crore in this year’s budget, which is a rise of Rs 1578 crore. Other than reasons mentioned above, this will also be provided to those women who are fighting litigations against their husbands or in-laws in the courts of law.

Kedarnath chopper service to resume in AprilOnline bookings for Kedarnath chopper services will resume from April 1.  Ashish Chauhan, CEO of Uttarakhand Civil Aviation Development Authority (UCADA), said it is also being considered whether chopper service can be started from three more locations Pithoragarh, Gauchar and Chinyalisaur. The chopper service at present to the Kedarnath shrine is operational from Sirsi, Phata and Guptkashi towns in the district of Rudraprayag.  Those who avail of this service have to make halts at these three places. It has been a big hit with pilgrims.

24 temples listed for Shaiva Circuit tourThe Department of Tourism of the Uttarakhand government has drawn up a list of 24 Shiva temples from the Garhwal and Kumaon regions. The plan is to prepare and introduce a Shaiv Circuit for the benefit of the devotees and other travellers, who visit the hill state from different parts of India and foreign countries. A total 12 temples from the Garhwal division and as many from the Kumaon division have been selected for this circuit. Known as Devbhoomi among the locals, this chain of temples will offer visitors a comprehensive tour of the places of worship.