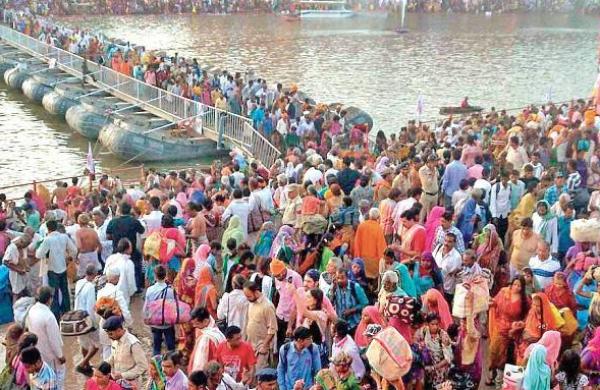 Indigenous spectrograph to strengthen researchA team of scientists from the Aryabhatta Research Institute of Observational Sciences (ARIES), Nainital has designed and developed a spectrograph, an instrument that separates incoming light by its wavelength or frequency and records the resulting spectrum. The instrument, which costs around `4 crore, has been named Aries-Devasthal Faint Object Spectrograph & Camera (ADFOSC). The Indian Space Research Organisation also provided assistance in the project. “Indigenous efforts to build complex instruments like ADFOSC in India is an important step to become ‘Aatmanirbhar’ in the field of astronomy and astrophysics,” said Professor Dipankar Banerjee, director, ARIES. Till date, such spectrographs were imported and used to cost almost double the amount.

Pollutants fill Ganga in urban stretchesA study conducted by researchers from the Doon University has indicated a ‘very high presence of pollutants’ in the urban stretches of Ganga at Rishikesh and Haridwar. The study indicates that millions of pilgrims visiting the two cities, especially Haridwar, for the Kumbh festival will be ‘exposed to high concentration of water pollutants’. The researchers, during their study conducted over three seasons, detected the occurrence of 15 different pharmaceuticals and personal care products (PPCP) in the river stretch between Rishikesh and Haridwar.

Row over police officials heading jailsAfter the state government issued an order on February 12 posting five Indian Police Service (IPS) officers as superintendents of central, district and sub jails, a controversy broke out resulting in the filing of a public interest litigation in the Uttarakhand High court. The court issued a notice to the state  government last week seeking its reply. The next hearing is scheduled on March 10. Earlier, the state would select its prison officials from a separate state cadre. The PIL said the new move is in direct contradiction with the provisions of Uttar Pradesh Jail Service Rules and would give the police direct access to prisoners beyond custody, resulting in violation of rights of prisoners.