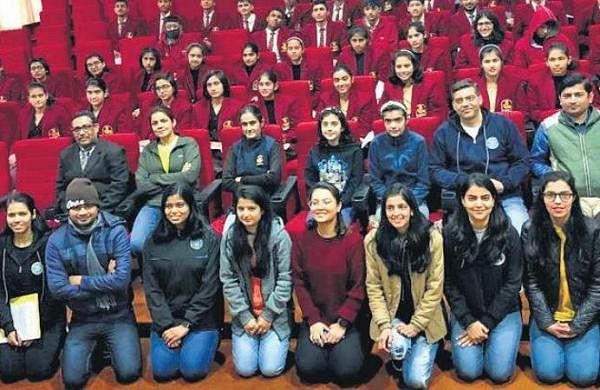 Over five lakh voters in electoral roll after campaign

Uttarakhand added over 5.37 lakh voters in the last five years said state’s Chief Electoral Officer. Total number of voters in the last Assembly poll held in the year 2017 was 76,06,688, which has increased to 81,43,922 this year. Apart from these, there are 93,964 service voters as well.

According to state Chief Electoral Officer Sowjanya, “Till November there were a total of 78, 46,000 voters in the state. After a campaign was launched by the election commission in November last year, the number of voters registered an increase.”

Uttarakhand High Court has issued notices to state government and the Centre through Union Ministry of Environment, Forest and Climate Change (MOEF&CC) for failing to prepare the master plan, tourism development plan and the land use plan in accordance with the Doon Valley Notification 1989, even after 32 years.

The court was hearing a PIL filed by Akash Vashishtha, an environmentalist and lawyer. The petition raises the issues of unregulated, tourism and vehicular movements; air and water pollution; deforestation, etc.

IIT- Roorkee organised a two-day workshop in December, 2021 to motivate school children to pursue careers in the field of science and technology. The workshop was organised under the aegis of Vigyan Pradarshani, Department of Biosciences and Biomedical Engineering, to commemorate India’s 75th year of independence.

A total of 50 students of Motilal Nehru School of Sports, Rai, Haryana, along with two teachers participated in the workshop. The workshop started with welcome address by the head of Department of Biosciences and Bioengineering followed by lectures of faculties and the interaction of the children with IIT students at the campus.

Bodies of two tourists were found in the snow-covered Gorson Bugyal meadow near Auli in Chamoli district of Garhwal region on January 2. They were identified as 50-year-old Sanjeev Gupta and 35-year-old Sinsha Gupta. Officials said both of them died by freezing in cold as their bodies were found in an open area. A probe is on to find out the circumstances that led to their death.

Police said the bodies were identified on the basis of air tickets found in their pockets. According to Chamoli SP Shweta Choubey, “Prima facie, it appears that they were from Mumbai as they took a flight from there,” They boarded a Mumbai-Dehradun flight on December 8.

Our correspondent in Dehradun vineet.upadhyay@newindianexpress.com