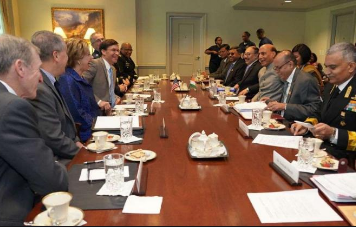 There is a constant tension between India and China on LAC. Meanwhile, a meeting of the defense ministers of the two countries was held in Russia. The statement of the Defense Minister’s Office has come on the meeting, which said that Defense Minister Rajnath Singh and China’s Defense Minister General Wei Fenghe openly and deeply discussed India-China relations with the India-China border area.

The Defense Minister’s Office informed that on behalf of the Defense Minister of India, it has been said that the current situation should be handled with responsibility and neither side should take any further action which complicates the situation.

The defense minister stressed that the actions of the Chinese troops, the mobilization of large numbers of soldiers, their aggressive behavior and unilaterally changing the status quo were in violation of bilateral agreements.

Significantly, a meeting was held between Defense Minister Rajnath Singh and Chinese Defense Minister Wei Fengahi for more than two hours on Friday in which the focus was on reducing tension on the border in East Ladakh. This was the first high-level face-to-face meeting on both sides since the border tension in eastern Ladakh in May. Earlier, Foreign Minister S Jaishankar and National Security Advisor Ajit Doval had a telephone conversation with Chinese Foreign Minister Wang Yi to resolve the deadlock.