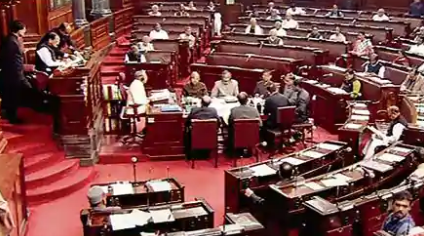 Defense Minister Rajnath Singh will give a statement in Rajya Sabha today about the ongoing confrontation with China over LAC. Rajnath Singh gave a statement in the Lok Sabha on this matter on Tuesday. He had clearly stated that no attempt to change the status quo on the border is acceptable to India. India is in favor of resolving every issue peacefully, but if anyone shows an aggressive attitude, it will be given a suitable answer. The third day proceedings of Rajya Sabha have started. Shiv Sena MP Sanjay Raut and Union Ministers Hardeep Singh Puri and Mukhtar Abbas Naqvi reached Parliament for the Rajya Sabha proceedings. Defense Minister Rajnath Singh will give a statement after some time from now on the tension released from China.