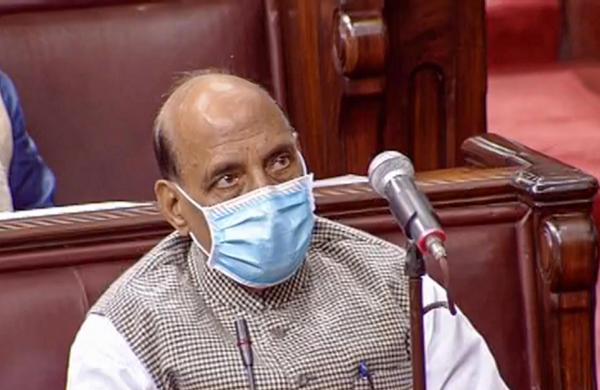 By ANI
NEW DELHI: Defence Minister Rajnath Singh will make a statement on ‘present situation in Eastern Ladakh’ in Lok Sabha at 5.00 pm on Thursday.

Earlier today, the Defence Minister informed the Rajya Sabha that through sustained talks, both Indian and China have reached an agreement for disengagement on the north and south bank of Pangong Lake.

Speaking on the present situation in Eastern Ladakh, Rajnath Singh said, “I am happy to inform the House today that as a result of our well thought out approach and sustained talks with the Chinese side, we have now been able to reach an agreement on disengagement in the North and South Bank of the Pangong Lake.”

“It has also been agreed to convene the next meeting of the Senior Commanders within 48 hours after the complete disengagement in the Pangong Lake area so as to address and resolve all other remaining issues,” he added.

As per the agreement reached by the two sides, India and China will withdraw the forward deployment in a phased and coordinated manner, the Defence Minister said. “The agreement that we have been able to reach with the Chinese side for disengagement in the Pangong lake area envisages that both sides will cease their forward deployments in a phased, coordinated and verified manner,” he said.

Previously, India and China had agreed to push for an early disengagement of the frontline troops in eastern Ladakh during the ninth round of the China-India Corps Commander Level meeting held on the Chinese side of the Moldo-Chushul border meeting point on January 24 to address the ongoing military standoff.

The two countries have been engaged in a stand-off along the Line of Actual Control (LAC) since April-May last year. While China began amassing massive military strength along the LAC, India responded with a befitting build-up. (ANI)