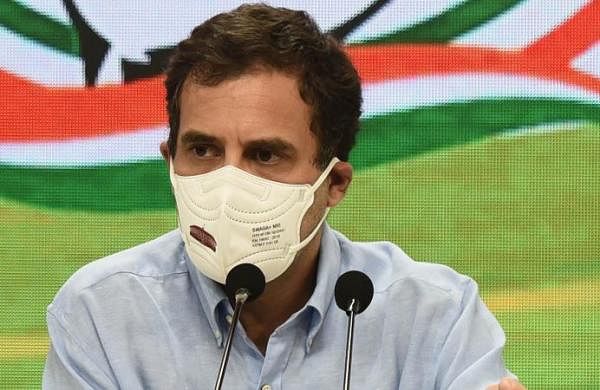 MUMBAI: A BJP worker, who had filed a defamation complaint against Rahul Gandhi over his “commander-in-thief” remark targeting Prime Minister Narendra Modi, told the Bombay High Court on Thursday that a local court had summoned the Congress leader after forming an opinion that the evidence prima facie points to an offence.

The Bombay High Court on Thursday posted Gandhi’s petition challenging the summons for final hearing on January 18, 2022, and directed the magistrate’s court to defer hearing on the defamation complaint till January 25.

Rahul Gandhi was directed by the local court to appear before it on November 25 in connection with the defamation complaint filed by Mahesh Shrishrimal, who claims to be a member of the BJP Maharashtra Pradesh Committee since 1997.

Shrishrimal filed the complaint against the Congress leader for his remark targeting PM Modi in 2018 over the Rafale fighter jet deal. Gandhi had approached the HC challenging the summons issued to him.

Last month, a single bench of Justice S K Shinde directed the local court to defer hearing on the defamation complaint, which meant the Congress leader would not be required to appear before the magistrate. Shrishrimal on Thursday filed his affidavit in the HC seeking dismissal of Gandhi’s petition.

In the affidavit filed in response to the plea, the complainant said the magistrate issued summons and initiated criminal proceedings against Gandhi as he (Shrishrimal) had made out a prima facie case against the Congress leader.

The affidavit said the magistrate’s court issued the summons only after scrutinising the evidence submitted by Shrishrimal.

“It is pertinent to note that before passing the order of issuance of process (summons), the Magistrate has formed the opinion that factual ingredients constituting the offence existed and therefore the process was issued against the petitioner/accused summoning him for trial,” the affidavit said.

The complainant said has been aggrieved by the alleged defamatory remarks made by Gandhi against Prime Minister Modi.

Gandhi, through his remarks, tried to insinuate and imply that the BJP was a party of thieves and that the prime minister was its commander, he said. The magistrate had initiated criminal proceedings against Gandhi in August 2019. However, the Congress leader in his petition before the HC had claimed he learnt about it only in July 2021.

The complainant’s allegations are that in September 2018, Gandhi conducted a rally in Rajasthan during which he made the alleged defamatory statements against PM Modi.

Due to the said defamatory statement, Modi was allegedly trolled on social media platforms, he said.

As per the complaint, four days later, Gandhi purportedly commented on a video and posted on his personal Twitter account “The sad truth about India’s commander in thief.” The complainant alleged that Gandhi was making “defamatory statements against Modi and by calling him ‘commander in thief’, made a direct allegation of theft against all members of the BJP and Indian citizens connected to Modi”.

Gandhi, in his petition filed through advocate Kushal Mor, said the complaint was a classic example of a frivolous and vexatious litigation motivated by the sole purpose of furthering the complainant’s latent political agenda.

He further said the complainant had no locus to file the complaint since a defamation plaint can be initiated only by the person who has been allegedly defamed.

The Congress leader had sought for quashing the magistrate’s order and a stay on the proceedings, pending hearing of the petition.

Justice Shinde on Thursday posted the petition for final hearing on January 18 and directed the magistrate to defer hearing on the defamation complaint till January 25.